I have tasted more failure than success: Remo D’Souza

It was only his mother, Madhvi Laxmi, who encouraged him to pursue his passion and enrol in a dance school. 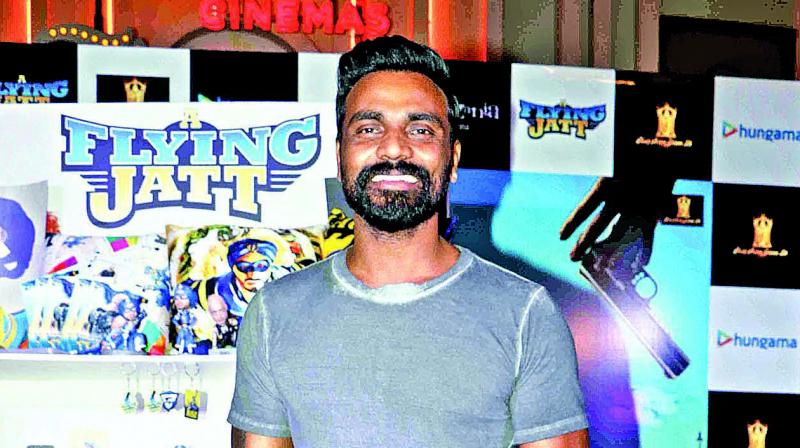 At the launch of the fourth season of a dance reality show on which he is a judge, Remo D’Souza talks about his journey from a background dancer to a film director.

A rocky start
Not many people know this, but Remo’s father  was completely against him getting into show-business — they wanted him to become a pilot. It was only his mother, Madhvi Laxmi, who encouraged him to pursue his passion and enrol in a dance school.

Establishing a career wasn’t easy either. “I have tasted more failure than success in life. Because of my dark complexion, people didn’t even want to test me. At one point of time, I was struggling so much that I wanted to leave Mumbai and return home, but it was the fear of people mocking me for proving them right that kept me from going,” Remo says. Repeated rejections sent him into depression at the age of 19, but he refused to give up.

The taste of success
Talking about his first break in the film industry, Remo says, “I went to audition for choreographer Ahmad Khan, and before I danced, I asked him to only judge me for my talent and not for my looks. I was very thankful that he auditioned and then selected me. That was my first break. In those days, dark dancers wouldn’t be allowed to stand behind the lead actors, but I was chosen to dance in the second row behind Salman Khan.”

He says that in the early days, his relatives would often find reasons to tear him down, but all that changed when he started making a name for himself. “Coming from an Air Force background, my father would find me undisciplined. My other relatives would criticize me for my long hair and my earrings. But when they watched me on TV, they started appreciating my hard work,” he says.

His advice for budding artistes – “If you have the talent, believe in yourself and work towards moving ahead.”

A change in direction
From a background dancer, Remo became a choreographer. He then decided to take on a new challenge, and directed his first film, F.A.L.T.U, in the year 2011. Since then, he’s directed films like ABCD, The Flying Jatt, and most recently, Race 3.

Addressing comments about Race 3 not meeting box office expectations, he says, “I got the script from Shiraz bhai and Salman Khan just a month before we started shooting. I think not having the right connection with the script could have affected my direction of the film. But I think it still got a good enough response. Just because it was a Salman Khan film, people were expecting it to make Rs 300 crore or more, but according to me, it’s a hit film.”

Remo’s next directorial venture is a dance film starring Varun Dhawan and Katrina Kaif. Talking about the project, he says, “I am working on the script. Once I am satisfied with it, I will go ahead with the shooting.  Varun and Katrina are both great dancers.”

Having worked with some of the biggest stars in the industry, has ego ever been a problem, we wonder. “I always have a filter in place between my ears, so I’ve never had any problems with ego,” Remo says.