The pursuit of success

Reflecting on the super success, Naveen states, “It’s been overwhelming and I am just letting these magical moments sink in. 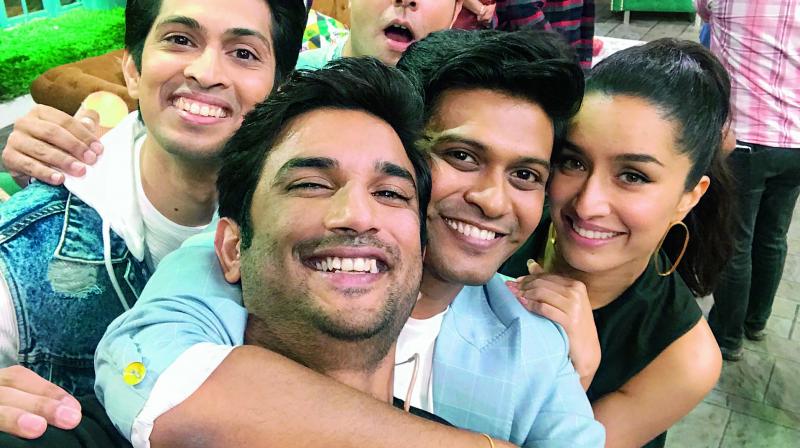 Naveen Polishetty is an actor who seems audaciously ambitious when it comes to choosing his roles. He’d left the audience amazed with his performance in his Telugu debut, Agent Sai Srinivasa Athreya. Now, even as its success echoes in the minds of the Telugu audience, the actor looks poised for even bigger honours. His Bollywood debut, Chhichhore, has turned out to be a Rs 100 crore grosser at the box office and still counting. And his role in the film has been getting rave reviews.

Reflecting on the super success, Naveen states, “It’s been overwhelming and I am just letting these magical moments sink in. I’m pleased that my character ‘Acid’ in Chhichhore has been so well appreciated. I have been getting messages from many parents that my role has become a stress-buster to their sons. What more can I ask for? Perhaps this success is a validation of my choice of scripts.” Chhichhore is a film about seven friends, starring several actors. By the end of the shooting, Naveen says, they had all become 3-am friends. “Our onscreen chemistry is essentially a reflection of how we bonded while off camera,” shares the actor, who says he’s been receiving offers from Bollywood filmmakers.

It’s indeed a rarity for a Telugu actor to make successful debuts in both Tollywood and Bollywood, and that in the same year, but Naveen ascribes the success of both his films to effective writing. “It took more than a year to write the script for both the films, so it just goes to show if you get the basics (writing) right, everything can fall in place naturally,” he explains.

Despite his successes, Naveen is no stranger to hard work and uncertainty. To begin with, he has spent more than a decade in the Tollywood showbiz trying his luck as an actor, seeking lead roles before he could taste success. But the actor looks back at it all in a matter-of-fact manner. “Yes, my journey has been an eventful one. A journey is like a self-discovery, and unless one tries different things, it’s difficult to understand what one exactly wants. That being said, I am glad that my journey has started yielding the results for me,” says Naveen, signing off.