The Zoya Factor has connection with Virat Kohli and Rohit Sharma; read how

The Zoya Factor is based on the Anuja Chauhan's 2008 book by the same name, screenplay seeks inspiration from real-life references. 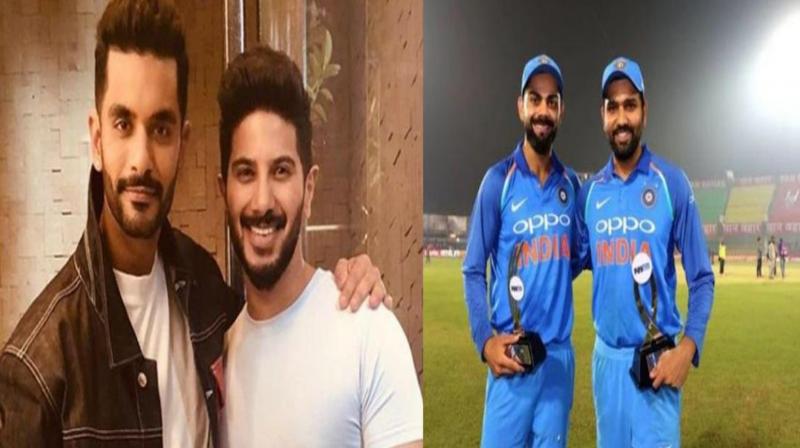 Mumbai: The Zoya Factor is all set to release and the film has been receiving a great response for its every outing. The Sonam Kapoor and Dulquer Salmaan starrer is set in the world of cricket and interestingly it is said to have drawn parallels with the rift between Virat Kohli and Rohit Sharma.

Though The Zoya Factor is based on the Anuja Chauhan's 2008 book by the same name, the screenplay seeks inspiration from real-life references. Dulquer Salmaan who's essaying the role of captain of Indian Cricket Team is shown to have differences with one of the team members which is played by Angad Bedi.

Elaborating on the same topic, director Abhishek Sharma said, "It is true that we have taken contemporary parallels from real life to model the rivalry between Dulquer and Angad's characters.

Due to our extensive research and sources in the cricket world, we have been privy to certain dressing room dynamics between certain individuals but it is specific to one situation."

'The Zoya Factor’ is an unusual story of Zoya Solanki who is an advertising agent becoming a lucky charm for the Indian cricket team when she chances upon meeting the captain of the team Nikhil Khoda and how it starts raining luck ever since then!

The Zoya Factor is being directed by Abhishek Sharma, and Fox Star Hindi is producing it. The film is slated to release on 20th September 2019.