Abhishek, meanwhile, is set to star in filmmaker Anurag Basu's next untitled film along with a huge star cast including Rajkummar Rao. 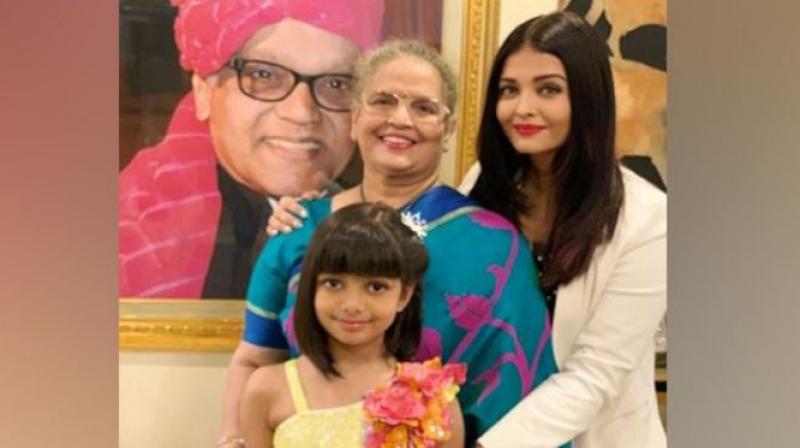 Mumbai: Aishwarya Rai Bachchan  on Wednesday remembered her late father Krishnaraj on his birth anniversary. Taking to Instagram, the former Miss World shared a picture of herself with her mother Brindya Rai and daughter Aradhya, who celebrated her birthday recently, with her father's portrait hanging on the wall behind them.

A post shared by AishwaryaRaiBachchan (@aishwaryaraibachchan_arb) on Nov 20, 2019 at 3:52am PST

Husband Abhishek Bachchan too remembered his late father-in-law and dedicated a post to him on social media which was very emotional in nature. He took to Instagram to write, "Happy birthday dad. Miss you,".

The 'Taal' actor had earlier this year too dedicated a post to him on his second death anniversary. On the work front, she was last seen in 'Fanney Khan' opposite Rajkummar Rao.

Abhishek, meanwhile, is set to star in filmmaker Anurag Basu's next untitled film along with a huge star cast including Rajkummar, Aditya Roy Kapur, Sanya Malhotra, and Pankaj Tripathi to name a few.

The film is slated to hit the big screens next year on March 13. He also commenced filming for Ajay Devgn's production 'The Big bull' in September. Helmed by Kookie Gulati, the film will also feature Ileana D'Cruz, as per reports.