The makers have released 'Aaj Se Teri', the first song from the film which features Akshay Kumar and Radhika Apte. 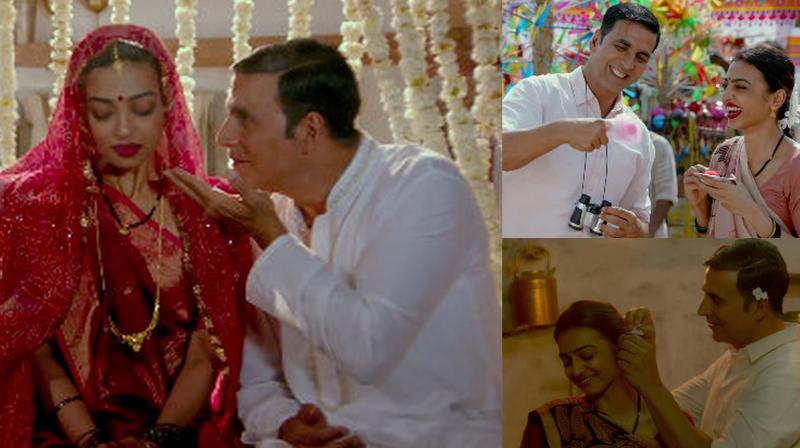 Akshay and Radhika in the stills of the song from their upcoming film, 'Padman'.

Mumbai: The makers have released 'Aaj Se Teri', the first song from the film which features Akshay Kumar and Radhika Apte as a couple living in harmony in the small village.

In the breezy composition of Amit Trivedi, the song sung by Arijit Singh gives us a snippet of Kumar and Apte's marriage. Set in rural India, the song captures Apte living a life of utter domesticity, which is made more comfortable by Kumar’s quirky innovations to put a smile on his wife’s face.

R Balki directorial film 'PadMan' is a story of Tamil Nadu-based social activist Arunachalam Muruganantham, who created a low-cost sanitary napkins machine. Apart from Akshay and Radhika Apte, Sonam Kapoor is in one of the lead roles.

The film is slated to release on Republic Day, 2018.