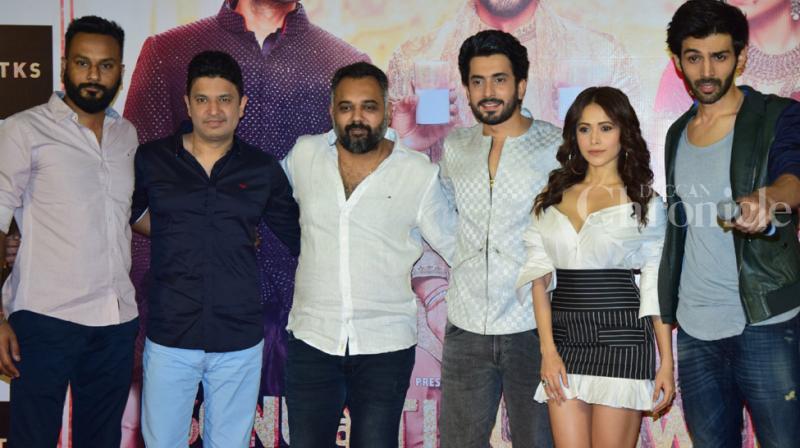 Mumbai: Luv Ranjan, most popular for 'Pyaar Ka Punchnama' series, is back with another youth-oriented rom-com, 'Sonu Ke Titu Ki Sweety'. The announcement video of this film was quite a unique one and since it was the only thing from the movie which was revealed, apart from some posters, the excitement for the trailer was on the peak. 'Sonu Ke Titu Ki Sweety' makers did unveil the trailer today with Kartik Aaryan, Nushrat Bharucha, Sunny Singh and Luv Ranjan in presence.

'Sonu Ke Titu Ki Sweety' is the fight of a man (Sunny) between bromance (with Kartik) and romance (with Nushrat).

The trailer has some interesting moments and dialogues. You can watch it here:

'Pyaar Ka Punchnama' also had the message of bromance before romance. On this, Kartik said, "Luv sir made me a bromantic hero."