Richa will be seen reviving her character Zarina Malik, owner of 20-20 cricketing team. 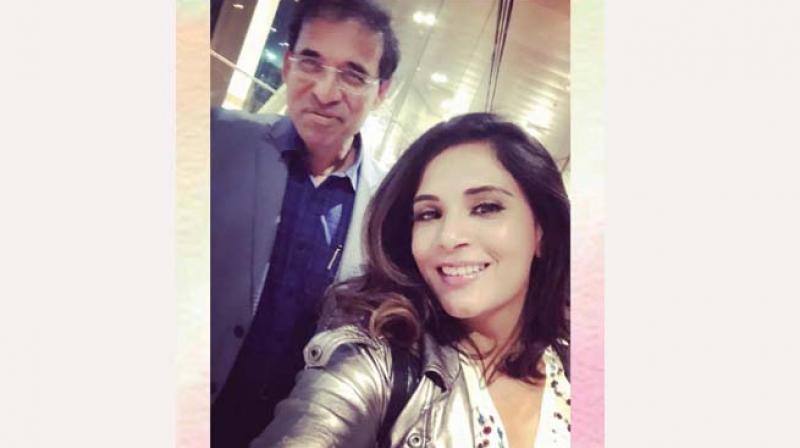 The impeccable actress Richa Chadha who is super excited with the release of Shakeela biopic’s  first poster where she is covered in authentic gold jewellery giving out the essence of south Indian glamorous look is well received by the media and audience. She is now all geared up continuing shooting for her next Inside Edge season 2 for Amazon Prime Originals produced under the banner Excel Entertainment. Richa will be seen reviving her character Zarina Malik, owner of 20-20 cricketing team.

Recently Richa happened to meet ace cricket guru, Harsha Bhogle during her recent trip to Delhi. The two of the them struck a mutual chord — cricket, during their meet. Richa making it to the best of her time took some important tips of cricket from Mr Bhogle. On meeting him, she learnt a lot about the game especially what goes on on behind the scenes during a match at the commentary box. Harsha being a gentleman shared some really interesting anecdotes with Richa on cricket that could be useful for Richa portraying her character for Inside Edge. A source reveals, “Richa chanced a meeting with Harsha sir while she was in Delhi. It was a great opportunity to have in depth insight of the sport when she met him. She asked him a variety of questions about the game from the perspective of an expert. She got to learn great nuances in her meeting which works well for her to essay her role in Inside Edge.”