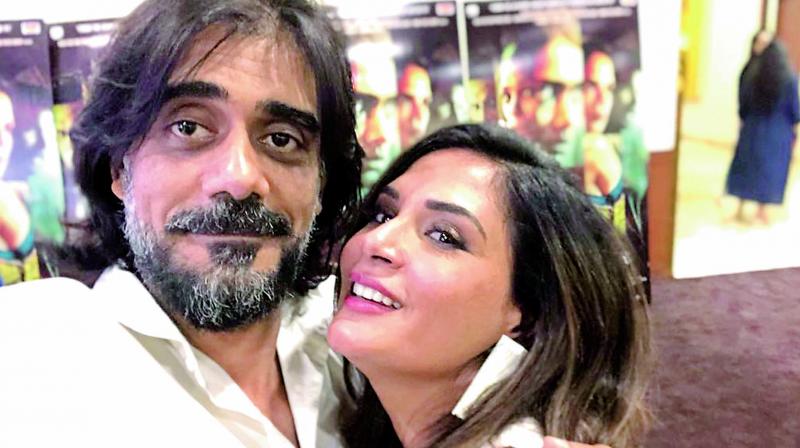 Celebrity acting coach Saurabh Sachdeva primarily wanted to become an actor but as fate would have it, he became an acting teacher. When Barry John handpicked him as the trainer for his institute, he wasn’t sure about taking up the opportunity. But then his actress friend Shalini Vatsa convinced him to accept the position. “She told me ‘if Barry has chosen you, then you’re meant for that’, so I said yes,” says Saurabh. Since then, Saurabh has trained a couple of A-listers in the industry including Varun Dhawan, Arjun Kapoor, Richa Chadha, Freida Pinto, Jacqueline Fernandez and Harshvardhan Rane, to name a few.

Interestingly, Saurabh never wanted to join Barry John’s institute as he intended to be a student of Marwah Acting School in Delhi. Barry’s happened to him when one of his writer friends from Lucknow forced him to apply, “I would say it was all destined, I did not have money to pay for the classes but my friends paid for it,” rues the coach.

Talking about his journey, Saurabh recalls his failure in school and his export business that forced him to take up something that would let him express himself. He landed at Barry John’s acting institute in Delhi in 2001 and within one year, he was asked to coach the newcomers at the institute.

Things changed for Saurabh once he donned the teacher’s cap and completely dedicated himself to training and rehearsals. “I was never off from the classes, I wanted to understand the qualities of the students,” says Saurabh proudly. It was in 2005 when Saurabh came to Mumbai with the dream of becoming an actor. However, just like another struggler, the path wasn’t easy and work was difficult to find. “I wasn’t struggling for money but was not getting work either,” says Saurabh. Oblivious to the next step, Saurabh rang up Barry. “I was after his life and eventually my journey as a coach in Mumbai started again,” he adds.

Though Saurabh has been training stars and students who can afford to shell out money on acting lessons, his biggest achievement remains that of training a slum student from Oshiwara whose performance in a short film Bits and Pieces with co-actors like Rahul Bose, Nandita Das and Dia Mirza was appreciated in Academy Awards. “He got many roles after that and that’s my achievement as a coach,” smiles the coach.

When asked if he has ever been biased towards the celebrity students, he says, “For me whoever is hardworking is my favourite, so it doesn’t make a difference who is coming from where.” But why do these celebrated kids need a coach? “Because they can’t rule the industry only with their face, they need someone who helps them stay in shape and understand their strength,” asserts the coach. He also says that Varun and Arjun were very serious and clear from the very first day of their training, “they never bunked the classes and were never late.”

In 2017, Saurabh founded his own theatre, education and training institute the Actors Truth in Mumbai when Barry John finally decided to shift his base to Dharamshala. “This came out of the urge to do something of my own,” he says.

Post that, he has been called for many auditions and has worked in Sacred Games, Manmarziyaan as Kakaji, the matchmaker and will soon be seen in Housefull 4.