The letters expressed how the years 2015 and 2016 witnessed a major low in the film business. 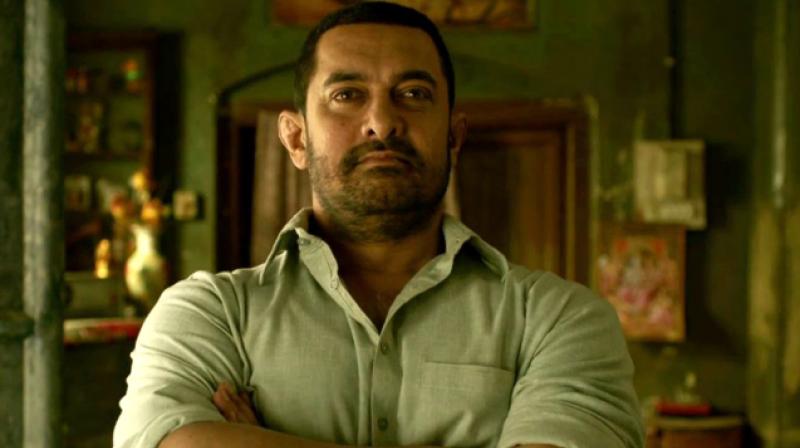 Aamir Khan in a still from 'Dangal'.

New Delhi: Prime Minister Narendra Modi's shock demonetisation move adversely affected the business of theatre owners but then came Aamir Khan's 'Dangal' that saved them from being out of business.

The year 2016, witnessed a lull by the Hindi film industry but Aamir's Christmas bonanza proved to be the tide changer in the economics of the industry.

The actor was touched reading the emotional letters written by single screen theatre owners to thank him.

He says, "It has been a very exciting and fulfilling journey. When I look back at my career, all my decisions - on the face of it - have mostly been impractical and risky, with the latest instance being 'Dangal' (2016)."

The letters addressed by single screen theatre owners expressed how the years 2015 and 2016 witnessed a major low in the film business, making it difficult for them to survive.

The Nitesh Tewari directorial, which released on December 23, has done a whopping business at the box office.