However, he was quick to credit his senior Ranveer Singh for their bonding. 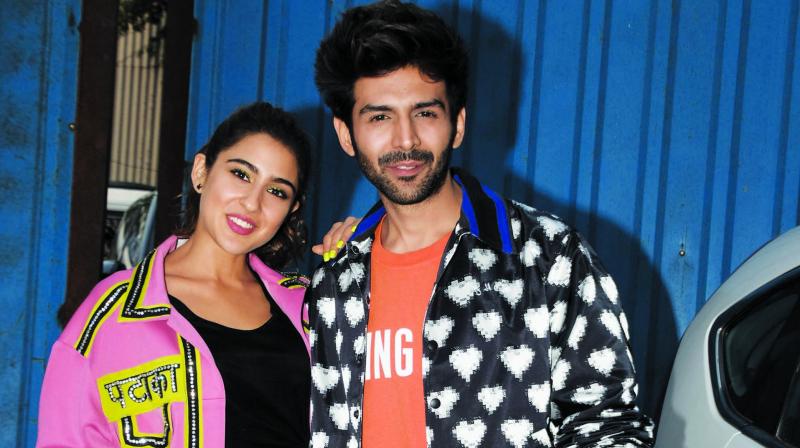 Ever since Sara Ali Khan and Kartik Aaryan came together for Imtiaz Ali’s Love Aaj Kal 2, the reports of them dating have spread like fire. And now that both of them are busy promoting their film together, one can’t help but ask what’s cooking between the two.

“When she [Sara] said it on the national television, I had instantly developed a crush on her. From that time on I started feeling shy. Whenever you ask such questions, I can only say ‘it is like tu haan kar…ya na kar….tu hai meri Sara,” said Kartik present at the trailer launch of their film.

Then turning towards director Imtiaz Ali said, “Sir please, Excuse me. I don’t know where this topic is steering off to.”

However, he was quick to credit his senior Ranveer Singh for their bonding. “Yes, I may take this opportunity to thank Ranveer Singh. He, in fact, made us friends and got us introduced. After that, many memes were made on us. It feels great that he introduced us to each other. However, now we share a great bonding,” he smiled.

And since their film releases on Valentine’s Day, when asked if he plans to celebrate the day he promptly replied, “I will.” To which Sara, who was present on the dais, interrupted, “We both shall go to watch our film which releases this Valentine Day.”

Keeping the fun in the conversation alive, she immediately caught Kartik off guard and asked him, “Kyu tum nahi aaoge?? (Why? You will not come)?”

A shy Kartik replied with a smile, “With you? Yes, we both shall go on a date.”