Since ‘Kick 2’ was announced, reports stated that another actress has replaced Jacqueline Fernandez in it. 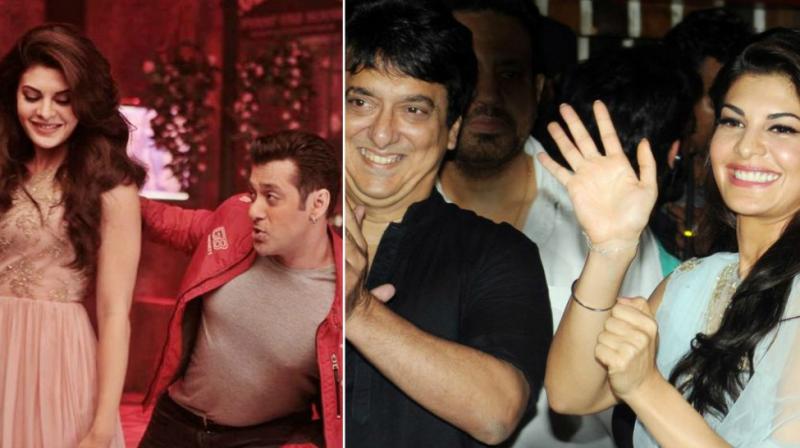 A still of Jacqueline Fernandez and Salman Khan from 'Kick', Jackie with Sajid Nadiadwala during promotions.

Mumbai: Ever since ‘Kick 2’ was announced, reports stated that another actress has replaced the leading lady Jacqueline Fernandez in the movie.

However director Sajid Nadiadwala (who made his debut as a director with ‘Kick’) has just confirmed that it is plain rumour, since the script he is writing has Jacqueline’s character in it.

Sajid told DNA, “Once I finish penning the script, I’ll be completely sure. But at present, she’s there in what I’m writing. But it’s too early to talk about it.”

“We had already decided that there would be a sequel. I’ve been writing it for a year now. As I had a lot of other things on my plate, it was taking time. I’ll restart the writing process. We should be ready to roll the movie next year, after Salman finishes all his current films. ‘Kick 2’ will release on Christmas 2019,” he further added.

Speaking about how rumours started doing the rounds, Sajid said, “At an event, Salman was handing over the Best Director Award to me and he had said in jest, ‘Kick 2’ is ready now, and Jacqueline, you are not there!’ He just joked and news spread that Jackie would be replaced in the film.”