It also has Aparna’s real-life husband Kalyan Sen, being yanked out of his academic kingdom to play his wife’s long-standing love interest. 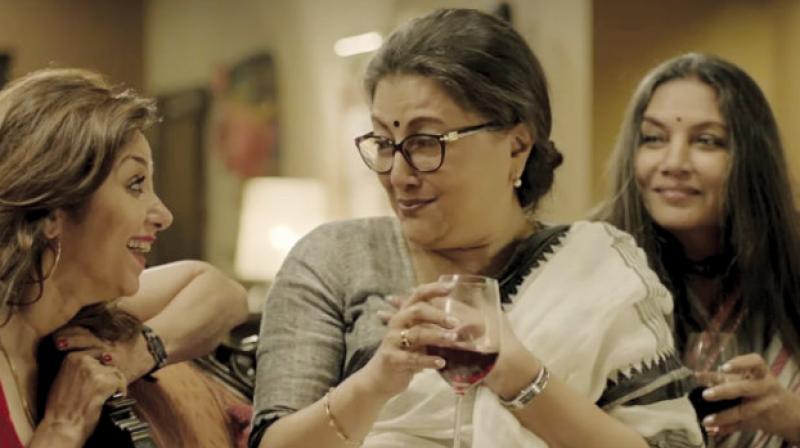 Though the trailer of the film gleams with giggles, there are undercurrents of anguish in Aparna Sen’s latest work, Sonata. In the movie, Aparna plays a woman who has turned her back on love, Lilette Dubey plays a woman trapped in an abusive marriage, and Shabana Azmi’s character unravels layers after layers of closeted yearnings.

It also has Aparna’s real-life husband Kalyan Sen, being yanked out of his academic kingdom to play his wife’s long-standing love interest.

This is not the first time that Aparna has invited her husband to face the camera. In Paroma, Aparna’s then-husband Mukul Sharma had played Raakhee Gulzar’s lover.

Sonata, a 103-minute film, is adapted from a play by Mahesh Elkunchwar, that revolves around the lives of three friends. Says Aparna, “In this film I have attempted to explore of various aspects of the feminine. To make that exploration wider in its scope, I introduced two minor characters apart from the three single women who are the protagonists — a maid, thereby cutting across class borders, and a transgender woman. None of these characters were there in the original play by Mahesh Elkunchwar, of which the film is an adaptation. I also changed the ending by bringing into the lives of these women a tragedy of global magnitude, which not only places their personal anxieties in perspective, but also strengthens the bond of friendship among them.”