After humongous box office success of 'Sonu Ki Titu Ke Sweety', Luv is on every Bollywood producer and actor's wishlist. 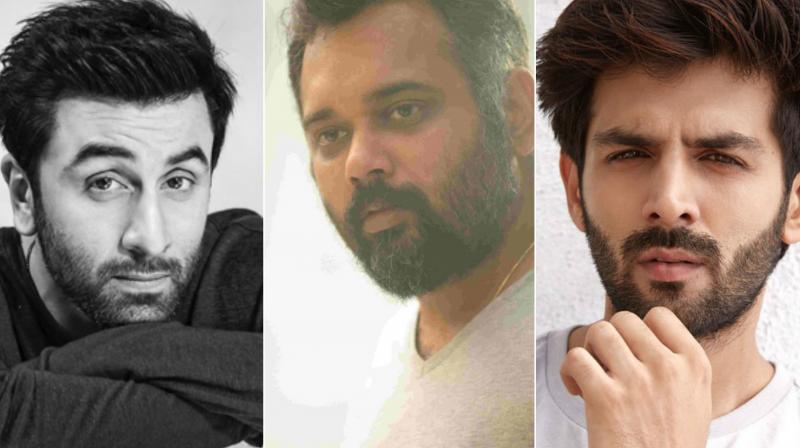 Mumbai: Director Luv Ranjan's latest film 'Sonu Ki Titu Ke Sweety' has entered the Rs 100-crore club at the box-office and it is the second biggest grosser of the year so far second only to Sanjay Leela Bhansali’s 'Padmaavat'. The romantic-comedy, co-produced by Luv and Bhushan Kumar, features Ranjan's usual collaborators Kartik Aaryan, Nushrat Bharucha, Sunny Singh. With such humongous box office success, Luv is certainly on every producer and actor's wishlist.

Some recent reports suggested that Bollywood heartthrob Ranbir Kapoor wants to collaborate with him on a rom-com too. Speaking about the rumour with Mirror, Luv said “Ranbir and I have met and want to work with each other soon. But there is no script yet.”

If the project gets materialised, it would be interesting to see whether Luv will replace his favourite actor Kartik Aaryan with a superstar.

“The first schedule was completed in January and the project should wrap up in the next five months. The audience will see Ajay in a young romcom after years. I’ve always been a big fan of Tabu and wanted to explore her comic timing having enjoyed her turn in Biwi No 1,” Luv said in the same interview.

Meanwhile, after wrapping the shoot of Rajkumar Hirani's Dutt biopic, Ranbir is now busy shooting for Ayan Mukerji's 'Brahmastra' in Bulgaria alongside Alia Bhatt. The actor is expected to make a new film announcement very soon.