Entertainment   Bollywood  21 Apr 2017  So, this is what Karan does, while his twins Yash and Roohi are asleep
Entertainment, Bollywood

So, this is what Karan does, while his twins Yash and Roohi are asleep

Karan Johar recently welcomed the arrival of his twins Yash and Roohi through surrogacy. 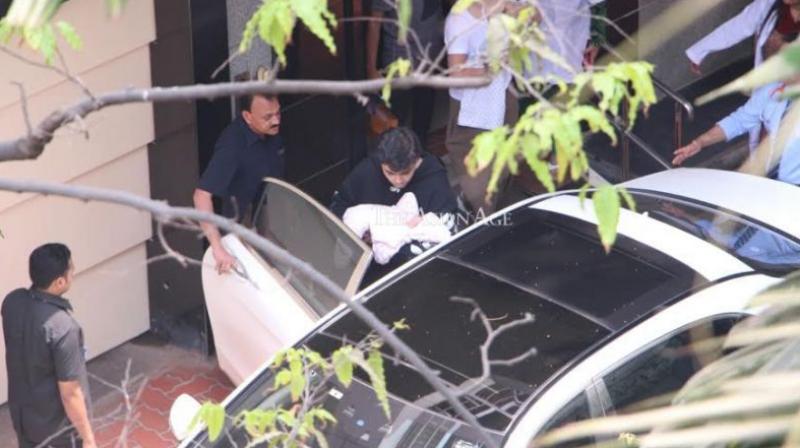 Karan Johar steps out of the hospital with his kids.

Mumbai: Karan Johar recently welcomed the arrival of his twins Yash and Roohi, and since then the filmmaker has been in a celebratory mood.

He exclaimed his happiness on Twitter by saying, “I am ecstatic to share with you all the two most wonderful additions to my life, my children, and lifelines; Roohi and Yash. I feel enormously blessed to be a parent to these pieces of my heart who were welcomed into this world with the help of the marvels of medical science.”

Lately, in a recent interview, Karan was asked to express the feeling of entering fatherhood.

To which he said, “Adoption is not legal for single fathers, so surrogacy was my only choice.”

When asked about how are Yash and Roohi doing, Karan gave a very sweet reply, he said, “They do a lot of sleeping & I do a lot of staring."

The filmmaker who is known for his grandiosity concluded by saying, "My life is my decision, only my mother's opinion matters.”