Reportedly, the untitled project will be directed by Siddharth Anand. 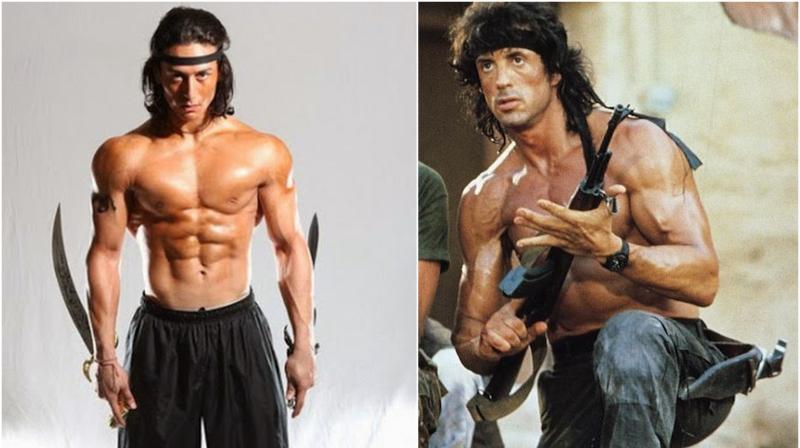 The film will most likely go on floors in July this year.

Mumbai: The year is proving to be a busy one for Tiger Shroff as he has ‘Student of the Year 2’ and ‘Munna Michael’ lined up. And now, if rumours are to be true, the actor has another film in the making.

The upcoming project in question is a Hindi remake of Rambo, which stars international sensation Sylvester Stallone as lead. It’s no secret that Tiger is a big fan of Sylvester and now, the actor gets to play his idol’s one of the famous roles in the film’s remake, which is yet to be titled.

Reports further reveal that the film will be directed by Siddharth Anand, who gave us Hirthik and Katrina starrer ‘Bang Bang’ in 2014.

The film will most likely go on floors in July this year and will hit the theatres next year. While the film’s script is in the writing process, the makers are yet to finalize the leading lady to star opposite Tiger Shroff.

‘Rambo’, which came out in 2008, is the last film in the series, which was based on the David Morrell novel First Blood. The film starred Sylvester Stallone as John Rambo, a troubled Vietnam War veteran and former U.S. Army Special Forces soldier.