Karan Johar stares at the biggest flop of his career

A source from a multiplex calls Kalank ‘another Thugs Of Hindostan in the making’. 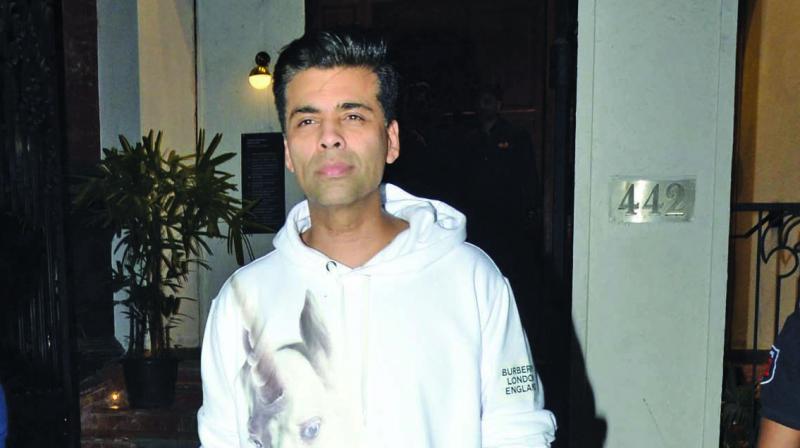 The maverick producer Karan Johar, who has given the film industry historic blockbusters like Kuch Kuch Hota Hai, Kabhi Khushi Kabhi Gham and Dostana, is looking at the biggest disaster of his career.

Kalank, Johar’s most costly production till date, with an estimated budget of Rs 250 crores, is all set to become the biggest disaster of his career.

Though the opening has been the most impressive, critics and audiences have responded with unmitigated negativity describing the film as an emptied-out soul-less version of Sanjay Leela Bhansali’s cinema.

Sources from leading multiplex chains say that in the coming days, when Kalank was expected to reap rich harvests over the Easter weekend, are likely to register a steep drop in the collections.

A source from a multiplex calls Kalank “another Thugs Of Hindostan in the making.”

“Viewers are walking out of the shows. The audience has failed to connect with the plot, characters and dialogues,” says Suman Sinha, a leading exhibitor of Bihar.

The disaster coming during a year that has already spawned several major successes, including the war blockbuster Uri, is a tragic stumbling block to the successful innings this year at the box office.

The debacle would affect the careers of Aditya Roy Kapur and Sonakshi Sinha who were looking at making a comeback with Kalank. The flop is unlikely to make a difference to Varun Dhawan or Alia Bhatt who are on a winning streak.

As for Karan, sources say the losses would be absorbed by Karan’s Dharma Productions’ partners Fox-Star Studios.

Karan has sold Kalank to Fox-Star. So, he stands to lose nothing. Fox-Star, who is on a winning streak with the blockbusters Baaghi 2, Sanju and Total Dhamaal, could be looking at heavy losses this time.