Ranbir Kapoor to move back with parents

The actor who moved away from his family bungalow, now wants to stay close to his parents. 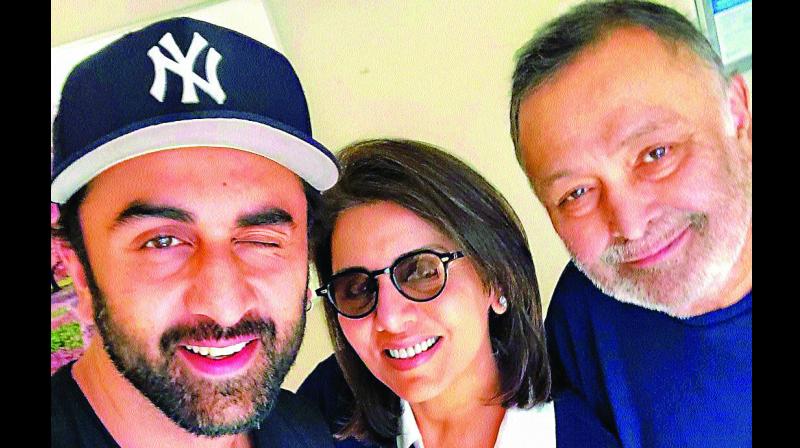 Ranbir lived with his parents in their family bungalow until his career took off and bringing the girlfriends over to stay overnight became a problem.

Reports that Ranbir Kapoor and Alia Bhatt are moving in together, which surfaced on the internet lately, has been completely denied by sources very close to both.

While Alia is very attached to her home that she bought a year ago, Ranbir, it seems, plans to move in with his parents again once his father Rishi Kapoor returns from America where he has been receiving medical treatment.

Ranbir lived with his parents in their family bungalow until his career took off and bringing the girlfriends over to stay overnight became a problem.

The actor moved away a couple of years ago from his family bungalow Krishnaraj to a bachelor apartment close by. But now, he wants to stay close to his parents.

“The recent circumstances (father Rishi Kapoor’s illness) has brought Ranbir close to his father. He wants to spend maximum time with his parents,” says a friend of the actor.

Should be back soon: Rishi Kapoor

There are cheerful tidings for all the friends, well-wishers and fans of Rishi Kapoor. The actor whom we all love is nearly done with his medical treatment in the US and should be back soon.

Earlier, Rishi had confirmed that he’s well on the way to recovery and that he needs to undergo one more medical procedure before the decision can be taken about the date for his return to Mumbai.

Now, the actor, whose last release before he fell ill was Leena Yadav’s Rajma Chawal, admits that he is bored with the long sabbatical and is impatient to get back home and to his career.

“Looking forward to working again. I am much better now,” says Rishi.

While Rishi awaits an all-clear on his health status, he has been kept in high spirits, thanks to the good wishes pouring from back home in India.

“Many people have been constantly inquiring. Sanjay Dutt, for example, has been in touch regularly. Actually more than me, it is my wife Neetu whom everyone messages about my health,” says Rishi from the US.