With her love life the talk of the town, the actress revealed why she has suddenly started thinking about baby names. 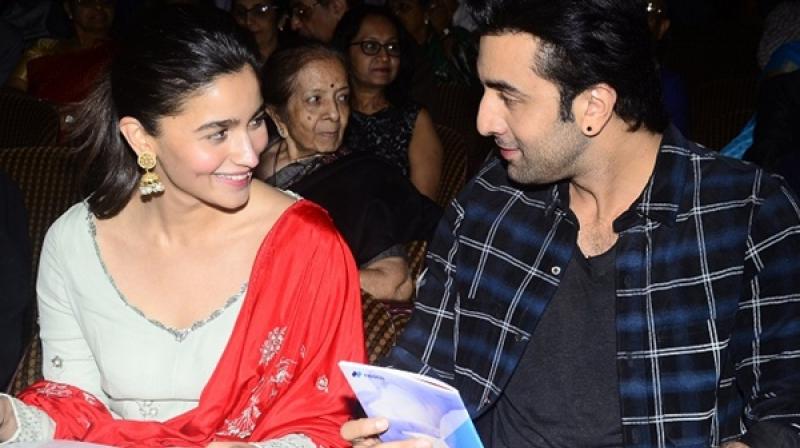 Alia Bhatt and Ranbir Kapoor have given enough hints of their alleged affair till now.

Mumbai: Alia Bhatt is all of 25 and has already seen the success that very few experience at this age.

Be it doing 10 films in the span of five years, mostly successful, bagging multiple awards or her love life being the talk of the town, the actress has got it all going for her till now.

Considering these factors, Alia was asked in a recent interview with Filmfare if she felt she grew up faster in the company of people older than her.

She replied, “Possibly, yes. But my family never treated me like a kid. We share mature relationships with each other. And yes, I do hang out with people older than me. But like I say, age is just a number. It’s your experiences that give you your age. I’ve not had the life of an average 20-year-old. By average, I mean any other 20-year-old. Maybe, another 20-year-old would have had a life way tougher than mine. So, I will not understand their point of you and they may not understand mine. Everyone’s story is different based on the life they’ve lived. Also, I don’t know if it’s just because I’ve turned 25, but of late, I’ve started thinking of baby names. I’m a baby myself but for some reason baby names seem attractive to me.”

Did she mean names for her babies when she will have them or baby names in general? We are confused and even her fans might be surprised as they surely don’t expect this ‘baby-faced’ actress to be having one of her own anytime too soon.

Rumours of the actress dating her ‘Brahmastra’ co-star Ranbir Kapoor are dominating gossip mills, but though there a slight possibility of a marriage soon, it seems highly unlikely.

In the interview, she was probed further about her recent fascination for baby names, she said, “Baby names are different. I never thought of them before. But suddenly, I come across something nice and think yeh naam hona chahiye. I liked two three names and have kept them in mind!”

We wonder if her comment has anything to do with marriage plans, if yes, we are surely excited!