Kashmir is a paradise on earth, says Alia Bhatt

The Raazi actress is in awe of the Valley's natural beauty. 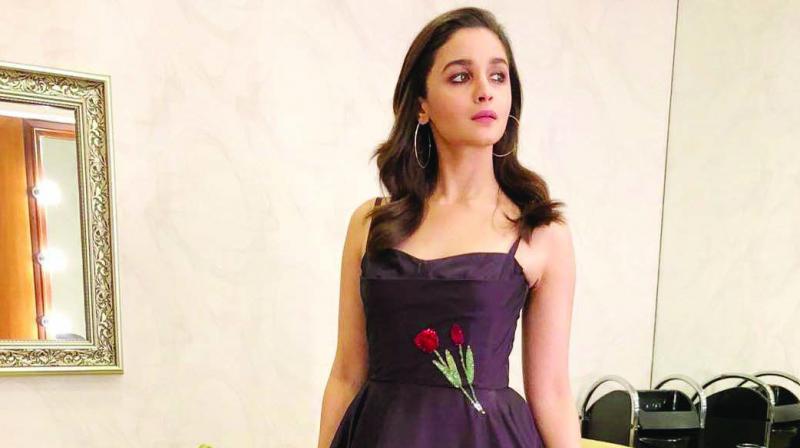 Alia Bhatt, who shot extensively in Kashmir for her new film, Raazi has become a fan of the valley region.

The actress exclaims enthusiastically, “One had always heard of Kashmir being a paradise on earth. But when I actually went there to shoot, I realized this was really the most beautiful place I had seen on earth.”

So spellbound is Alia by the natural beauty of the Valley that she wishes to visit the region again in the near future, but this time, to look around. “I hardly got any time away from the shoot to actually see the place. That is sad, because my mother (actress Soni Razdan) was with me, and it would have been fabulous to explore the landscape,” says the actress.

Alia got a chance to go sightseeing only once during her time there and she spent the outing with her mother. “On a rare occasion, when I had time off from shooting for Raazi, my mother and I took a long shikara ride. That was unbelievably enjoyable and exhilarating. I didn’t get a chance to do it a second time. But I will be going back. Because I want to just take in the stunning beauty of Kashmir,” informs Alia.

When quizzed about the disturbance caused by military activities, Alia vehemently opposes the view that the Valley is violent.  The actress says, “I know people are scared to go to Kashmir because, from the outside, we’ve heard so much about the violence. But believe me, I saw no stress or violence anywhere while we shot for Raazi.  Although our security arrangements were impeccable, the area was tranquil; not a single untoward incident happened during the entire shooting schedule of Raazi.”

Alia urges Bollywood to rebuild tourist’s confidence in Kashmir.  She also assures moviemakers that the area is ideal for shooting. “I know Hindi films were shot extensively in Kashmir during the 1970s and 80s. Then, with militancy on the rise, it stopped. Now, It is absolutely safe to shoot in Kashmir. We need to go there more often to shoot our films.  Only then will the rest of the people feel confident enough to visit the Valley and make it the tourists’ paradise it once used to be,” the actress signs off.