The much-awaited Salman Khan starrer ‘Race 3’ seems to be a movie which is super close to Bhaijaan. 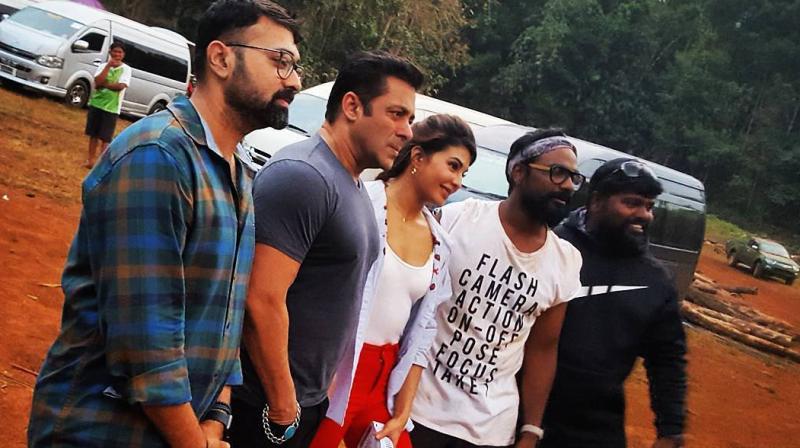 The much-awaited Salman Khan starrer ‘Race 3’ seems to be a movie which is super close to Bhaijaan. After turning producer on the film and taking up song writing along with singing, the news now suggests that Salman has also turned distributor for the movie.

“While all his home productions credit his mother, Salma Khan, as the producer, his father, Salim Khan, will now be credited as the distributor in his upcoming film ‘Race 3’. Salman will be continuing this practice in the future too with Salim Khan looking into the distribution personally,” film's spokesperson told Mumbai Mirror.

The actor-cum-distributor’s first destination will be IPL, where he, along with his co-star Jacqueline Fernandez, would host a segment and dance on ‘Heeriye’.

A source told DNA, “Salman and Jacqueline will host one segment on cricket where the superstar will talk about his love for the sport and how he often plays the game at his Panvel farmhouse. He will also talk about his favourite players and who he supports. Later, he and Jackie will shake a leg on ‘Heeriye’, their latest song from ‘Race 3’.”

Salman has also taken special care of the film and in order to avoid climax leak, he shot multiple climax scenes such that the entire crew is unaware which scene will go in the final edit.

“As the climax is the most crucial segment of an action-thriller, it’s been said that the makers of ‘Race 3’ have shot multiple endings. So that nobody apart from the core team is in the know of the real ending. The entire unit and the crew, too, is unaware of the climax,” a source told DNA.