Sara Ali Khan recently bagged ‘Simmba’ with Ranveer Singh, after there were issues with her debut film ‘Kedarnath’. 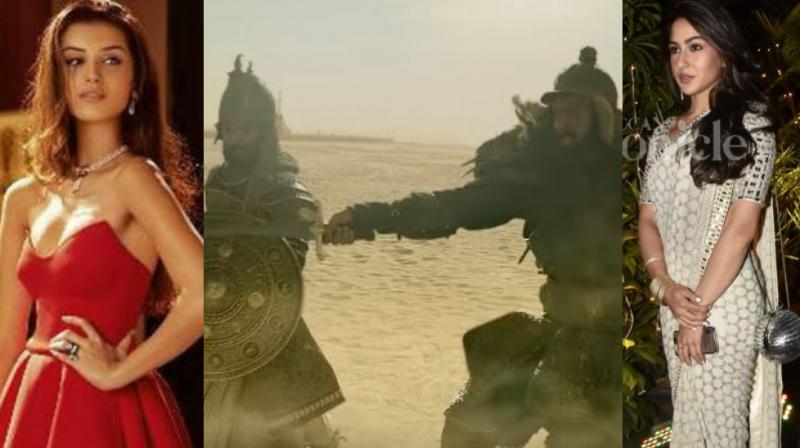 Tara Sutaria, Ranveer Singh and Shahid Kapoor in a still from 'Padmaavat' and Sara Ali Khan at an event.

Sara Ali Khan recently bagged ‘Simmba’ with Ranveer Singh, after there were issues with her debut film ‘Kedarnath’.

‘Kedarnath’ shoot was stalled reportedly due to non-payments from producer Prernaa Arora of Kriarj Entertainment. Director Abhishek Kapoor took her to the court and they finally settled the case post which Ronnie Screwvala came on board, clearing all dues of producers involved, taking over the project along with Guy In The Sky Abhishek Kapoor.

Daddy Saif Ali Khan got involved with his daughter’s debut and after speaking to Karan Johar (who is really good friends with his begum Kareena Kapoor Khan), which is how Sara bagged ‘Simmba’, which could have been her debut film if there were still problems with ‘Kedarnath’.

However beating her isn’t Janhvi Kapoor, who is often touted to be her competition, but Tara Sutaria, who, after working in Karan Johar production ‘Student Of The Year 2’ along with Tiger Shroff, has now, according to a report on Pinkvilla, bagged ‘Arjun Reddy’ with Shahid Kapoor.

Interestingly after the actors starred in ‘Padmaavat’ there has often been competition between Shahid Kapoor and Ranveer Singh and since both are starring in Telugu remakes, now there will be close eyes on which actress is a better performer too.