For those who came in late, Vivek was in a relationship with the lady for a couple of years after she broke up with Salman Khan. 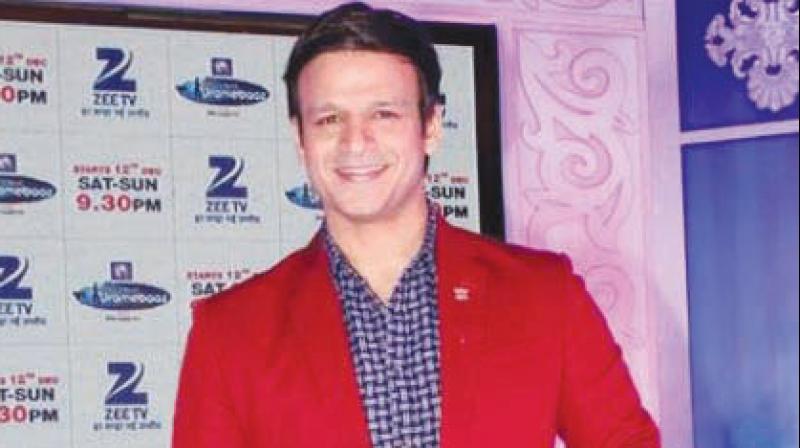 If you have wondered why in spite of his  talent Vivek Oberoi made little headway with his  career, his  latest  antic  gives  an indication  of his foot-in-mouth  approach to matters  of life and  career.

In a Twitter  post on Monday which has  disgusted  the  entire  film industry Vivek has  put three pictures  of Aishwarya Rai Bachchan with three men in her life. The  first  marked  ‘opinion  poll’ shows  the  happily-married actress with Salman Khan. The second  picture marked ‘exit poll’ shows  Aishwarya  with, Vivek Oberoi and the  third picture  marked  ‘end result’ shows  Aishwarya with her  husband Abhishek  Bcahchan and daughter  Aaradhya.

For those who  came  in  late,  Vivek  was in  a relationship with the lady  for a couple of years after she broke up  with Salman Khan. 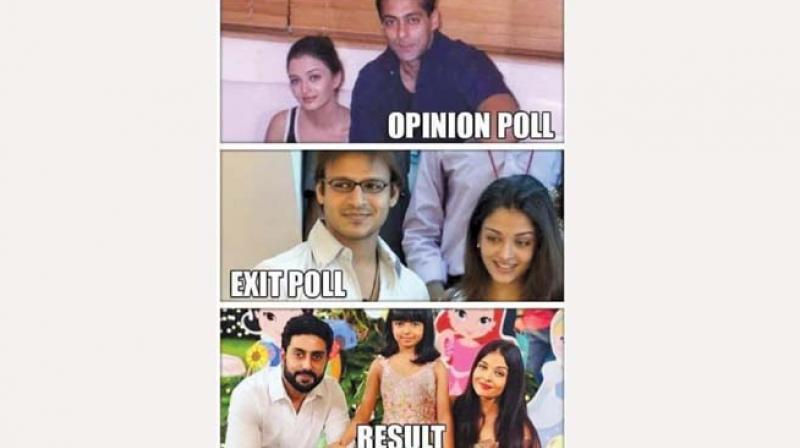 The  sheer tackiness of  the political  parallel vis-a-vis an entirely personal scenario  has taken  the  film industry aback. Sonam Kapoor Ahuja has been quick to respond describing  the meme as ‘disgusting and  classless’.

For  those expecting a  response  from  the Bachchans, there  is disappointment. They are too classy to react to such cheap provocation.

A  source  close to the Bachchans  said, “It is obvious to all that he  is  doing this to get mileage for his Narendra  Modi biopic. His marketing team  should be  sacked. What the meme  has done is to alienate even that minuscule  section  of  the population which may have  been  curious  about Vivek Oberoi playing the Prime Minister. What an  undignified  thing to do for someone who  is playing the most important  person in  the  country.”