Entertainment   Bollywood  21 Jul 2019  Suhana, Shanaya and I count on each other: Ananya Panday
Entertainment, Bollywood

Suhana, Shanaya and I count on each other: Ananya Panday

The newcomer talks about her motivation to start So Positive, the strength she draws from her father, Chunky Pandey, and dealing with trolls. 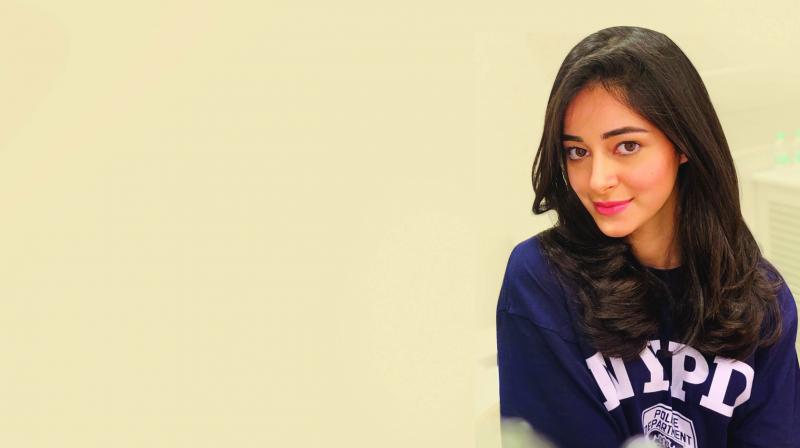 Star kid Ananya Panday is just one film old in Bollywood, and she has already faced the immense trolling a star privy with once fallen into the relam of stardom. But now the budding star has taken a stand against these trolls: as she has announced a new initiative titled So Positive to confront he social media bullying.

Speaking about the programme, Ananya says, “I feel like everyone is experiencing the bullying and trolling, but no one is speaking anything about it. I was also confused for a long time because I didn’t know exactly what I could do about it. So I had a word with my parents and my team, and thought that just starting a conversation would be a big step.”

The actress, who made her debut with Student Of The Year 2, was trolled in part for being a star kid, after which the nepotism debate stirred up again. Reacting to this, she says, “You can't change who your parents are, and I would never want to do that. I am so proud of my dad. While I was promoting SOTY 2, I noticed that people used to ask about nepotism, and Tiger (Shroff) used to tell me ‘just let your work do that talking’.”

“Once your film is out then they are not looking at you as someone’s daughter or son, they look at you as an actor. Being a star kid, I don’t want to complain. I am lucky and super blessed. Yes, there is a negative side of comparison and trolling, but there are so many positive aspects to it and I just want to focus on that,” she adds.

Amidst all the trolling, Ananya was also questioned about her academic qualification on social media. This came after she said in an interview that she took admission in USC Annenberg School for Communication and Journalism. Later, Ananya posted pictures of her college documents on Instagram.

Speaking about the matter, she elucidates, “I was always thinking about this. But when my college trolling happened, I just realised how alone you feel at that time. You just need one person to believe you so that you can be fine. I realised that I have such a strong support system, but a lot of people don’t even have that. With his initiative, I want to support people so that they can just let out their feelings and have someone to believe in what they are saying.”

“There is no organised way to deal with incessant trolling, so I just want to provide for people to know how t handle such a situation. Recently, Instagram has made changes in the way they go about trolling. I feel happy that So Positive has made that change now: Before you pass a hateful comment, you get a notification asking ‘are you sure you want to post it’. So it also makes that trolls think twice,” she explains.

The actress further reveals she was never depressed over the intense criticism. “I am pretty strong and I get that from my dad (Chunky Pandey). My father has dealt with trolls and criticism so well. He has always laughed at himself, so I have developed a thick skin because of him. But I also realise that just because I am strong and can deal with this situation, doesn’t mean everyone can,” she states.

During her darker days, Ananya says that her best friends, Suahana Khan and Shanaya Kapoor, stood strong beside her. “Suhana, Shanaya and I have grown up together and are practically of the same age. So whenever trolling or bullying happens, we three have each others back. We can count on each other during our lows. I am lucky because they are always with me no matter what,” she smiles.

But being in an industry where everyone is competing to see who has the most feathers in their caps, the newcomer is extremely confident in her own skin. “I am really secure and I have grown up that way. I feel in this industry I am just enjoying everything. I am just enjoying the process of being on the sets. I don’t take all these negative emotions too seriously. There is no space for insecurity,” she concludes.