Director Ashwiny shared a video of her cast sharing their special moments and memories with their family. 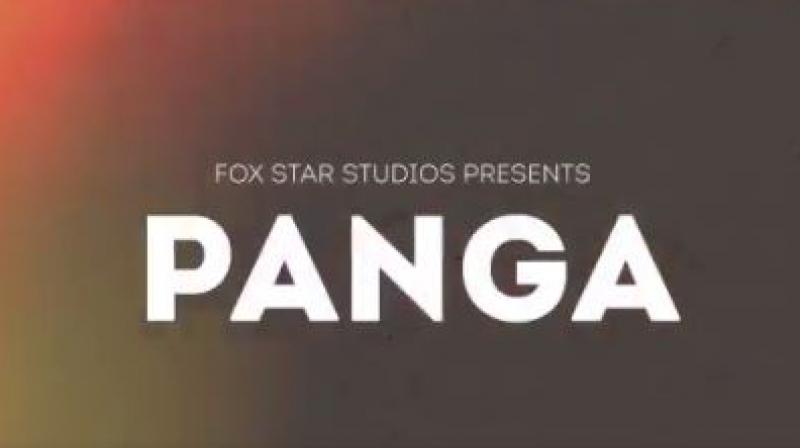 The first look of 'Panga', Ashwiny Iyer Tiwari's next film.

A day after Balaji announced 'Jabariya Jodi', Ashwiny came out with her next movie announcement. Based on a family story, the movie is titled ‘Panga’ and will star Kangana Ranaut, Happy Phirr Bhag Jayegi debutant Jassie Gill and famous fashion designer Masaba's mother Neena Gupta.

Director Ashwiny shared a video of herself and Kangana, Jassie, Neena sharing what they feel about family.

My existing reality is a reflection of my dear ones’ belief in me. From the team backed by its families. Presenting #PANGA with #KanganaRanaut, @jassi1gill @Neenagupta001 . Produced by @foxstarhindi | In Cinemas | 2019 😀 pic.twitter.com/XEEDIa8oFT

The movie is produced by Fox Star Studios and Nitesh Tiwari's (Ashwiny's husband's) ‘Dangal’ screenwriter Nikhil Mehrotra has helped the director with the screenplay and dialogues of the film.

‘Panga’ is slated to release next year and will be Kangana’s next film after ‘Manikarnika’ makes its way to theatres.