Kiara Advani to star opposite Kartik Aaryan in 'Bhool Bhulaiyaa 2'

The new-age, fresh jodi of Kiara and Kartik will be sharing the screen space together for the first time. 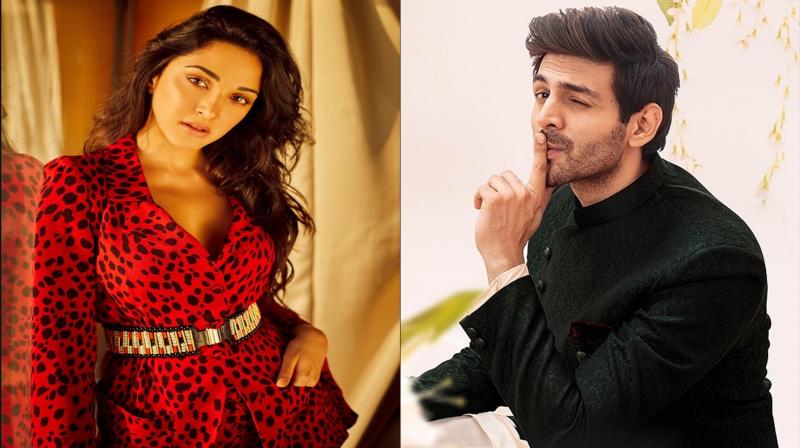 Mumbai: Riding high on the mega-success of Kabir Singh, all eyes are on Kiara Advani. With the movie being declared as one of the biggest hits of this year, the talented actress has catapulted to the big league by smoothly making the transition from being a powerhouse performer to a successful commercial star.

Be it MS Dhoni: The Untold Story or the popular web series, Lust Stories, Kiara has consistently delivered one great performance after another showcasing her versatility and range as an actor.

Taking her successful association with the producers Bhushan Kumar and Murad Khetani to the next level post-Kabir Singh, the gorgeous actress has now signed their next, Bhool Bhulaiyaa 2 as the leading lady opposite Bollywood heartthrob, Kartik Aaryan to be helmed by director Anees Bazmee.

The new-age, fresh Jodi of Kiara and Kartik will be sharing the screen space together for the first time in the horror-comedy that has created huge curiosity among their fans asking for more!

Kiara says, ”Bhool Bhulaiyaa was the first-ever horror film that I watched. Being a huge fan of the first one, It’s super exciting to get the opportunity to be a part of the franchise. It's my first time being directed by Anees sir and I’m looking forward to the experience. It’s being produced by the makers of my most special film so it feels like home working with Cine1 and T-Series again. Kartik and I are working together for the first time, can’t wait to begin this journey so we can bring the film to you soon!"

Director Anees Bazmee says, “I always look forward to working with Gen-Z actors, this is my first collaboration with Kartik and Kiara. I am sure they will bring new energy to the table, hoping to have a blast."

The highly-anticipated horror-comedy is scheduled to go on floors in October this year and will hit the screens on 31st July 2020.