Hema Malini to pull out of politics

The actress also updated us about her husband Dharmendra’s frightening health condition recently. 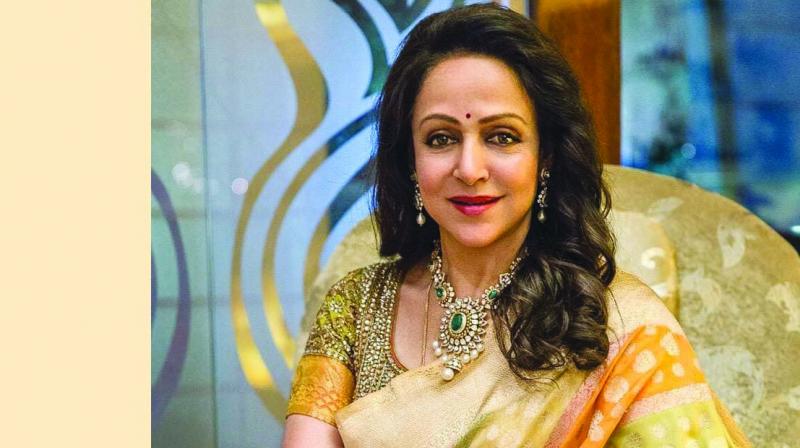 “What is there to make a fuss about? I am getting older, not younger with every birthday. The older you get the quieter you want the celebrations to be,” says Hema, who is now serving a second term as MP for the Mathura constituency, which will be her last.

“I want to fulfil all the promises that I made to my constituency, that’s why I needed one more term. Thereafter I am finished with politics. I need time for my family and my dancing,” she says, adding that she is glad to see so many films being shot in Mathura. “Recently there was Lukka Chuppi. I believe there’s another new film also, P Se Pyaar F Se Faraar, that is shot in Mathura.”

“I just had my family with me. My two daughter, my sons-in-law, my grandchildren, and Dharam ji… that’s all I need, that’s all I want,” says the actress as she boards a flight to Delhi, from where she will proceed to Mathura.

For 40 years, Hema Malini and Dharmendra have remained man and wife. Gushing about her husband, the Dream Girl says, “The minute I saw Dharam ji, I knew he was the man for me. I wanted to spend my life with him. I also wanted to make sure that the marriage hurt nobody. His first wife and children have never felt my intrusion in their lives. I married him, but I never took him away from his first family.”

The actress also updated us about her husband Dharmendra’s frightening health condition recently. “He had an attack of dengue fever, but he has recovered now. He is very weak, though; he says there is a lot of pain in his legs. I guess we’re both getting older, but our mutual trust and faith in each other remain unwavering,” she smiles.

The actress is surprised to be asked for beauty tips. “What beauty? What secrets? I’ve never thought of myself as beautiful. It’s others who keep reminding me that I am beautiful; then I think about it. Am I really beautiful? I think the secret of staying beautiful is to not think about it,” she chuckles.