Rishi will play the role that Bengali star Soumitra Chatterjee essayed while Neetu will step into Swatilekha Senguptais shoes. 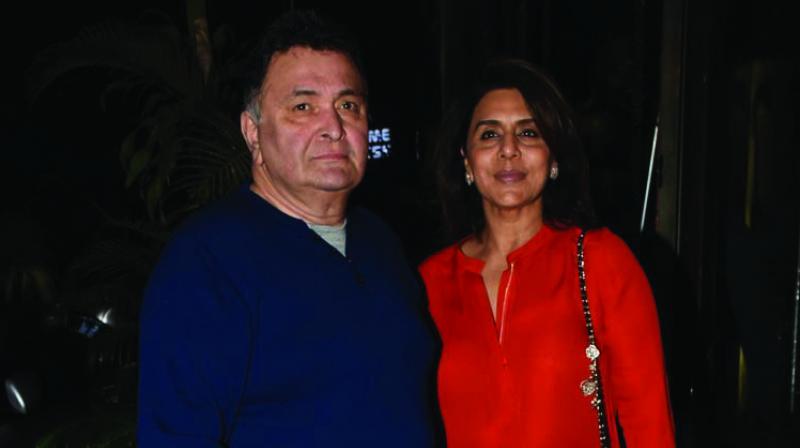 Rishi Kapoor and Neetu Singh will reunite for the Bela Seshe remake. Bela Seshe, meaning the end of the day or the autumn of life, was a Bengali family drama film directed by Nandita Roy and Shiboprosad Mukherjee. The Hindi version is slated to be produced by Reliance.

“The couple has agreed to be a part of the film, and this will be the first new film that they will do together after appearing in Besharam with son Ranbir Kapoor. They acted together for the first time in the 1974 film Zehreela Insaan and were last seen in the 1980 film Dhan Daulat. So, as such they will be seen playing the lead pair after three decades on screen,” says a source.

Rishi will play the role that Bengali star Soumitra Chatterjee essayed while Neetu will step into Swatilekha Senguptais shoes.

Bela Seshe looks at an older couple’s journey with unfulfilled promises and expectations from love, and their separation after a four-decade-long relationship.

Interestingly, during the 75th-day celebration of the film in July, Soumitra mentioned that it was a tailor-made role for Amitabh Bachchan. The role ultimately went to Nana Patekar, who even signed the film but was left in the lurch following the #MeToo allegations against him, and Reliance then got Rishi on board. Neetu was brought on board subsequently.

Meanwhile, Rishi, whose film The Body releases on December 13, will start filming for an unfinished untitled Hitesh Bhatia film where he reunites with Juhi Chawla. The actor had left for New York last year for his cancer treatment and hence was unable to complete the shoot then.