The film world is a business, says Rohit Shetty 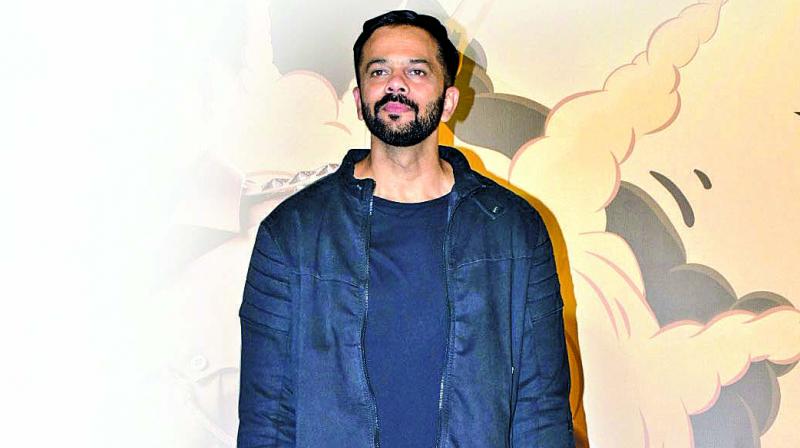 With his latest film Simmba soon to hit the box office, the director and master of blockbuster films talks about remaking movies from the South and working with newcomers.

Director Rohit Shetty is known to have a Midas touch, for having delivered seven consecutive hits like Golmaal, Golmaal Returns, Golmaal 3, Golmal Again, All the Best, Singham, Bol Bachchan and Chennai Express.

Despite his successful track record, he is the simplest and most straight-forward person in the film industry. That explains why the best-paid and hottest director in B-town has an array of top actors willing to work with him.

The director has been busy promoting his upcoming film, Simmba starring the effervescent Ranveer Singh paired opposite newcomer Sara Ali Khan. The film already seems to be a hit given the trailer and song Aankh Maare is receiving a lot of appreciation.

Having tasted success with his mass entertainer and larger than life films filled with drama, action and comedy, the director confesses that he is still oblivious as to how he mastered the art of making 100 crore hits.

“I don’t know how have I mastered this art. I think that is because I always connect with my audience,” he smiles.

Though a masala film, Simmba is touted to be a remake of a Telugu film Temper. However, the director denying it states that it has a completely different temperament from the original film.

“I want someone to sit for six hours and see what I have made and Temper. Then probably I can speak with that person on a public platform,” asserts Shetty, adding, “It’s easy to tag some film as a remake and push it like that. I give credit to the original Telugu film because the inspiration comes from there.”

Though this is not the first time that the filmmaker has made a remake of a film from down south. His 2011 hit Singham was a remake of a Tamil film Singam with some changes. “We have just used the presence of the Telugu Temper. If I wanted I could have used the entire film, but ethically that would be wrong,” he points out.

According to the director, the film business depends completely on exchange. The reason, films like Munna Bhai MBBS and 3 Idiots too were made in different languages. “It’s like a give-and-take relationship. It has been there for over five decades,” he insists.

He further draws our attention to the fact that films like Trishul and Phool aur Kaante have also been adapted in different languages. And more recently Kangana Ranaut’s Queen was remade in Telugu, Malyalam and Tamil.

“Makers are not fighting, they are not trying to take snatch anyone’s credit or bring them down. Neither is the audience talking about it. It’s just one segment that is talking about it,” rues the filmmaker.

Whether it was the action film Singham or a comedy like Golmaal, Rohit’s films routinely exasperates critics and delight audiences. Not only the film even the songs are equally well received.

The most recent song Ladki Aankh Maare (again a remake) is garnering a huge response from across the country. And the filmmaker believes there is nothing wrong in collaborating old and new songs, as long as the audience likes and accepts it.

“The world of films is a business. I agree that it is more of art and passion, but at the end of the day we are dealing with audiences. They are paying for it, so if they like it, there is nothing wrong in it,” he claims.

Having worked with the A-listers, the director who is working with a debutant Sara Ali Khan for the first time feels that new talent comes with a different energy and passion. “It has been a different experience for me as well. Newcomers come with a combination of anxiety and excitement to prove themselves. That’s what makes this new generation special,” he smiles.

Meanwhile Rohit, will be seen hosting his most famous television show Fear Factor:Khatron Ke Khiladi. When asked how is it like to be on the other side of the lens he says, “It’s less stressful, but needs a lot more hard work because doing actions with trained people and actors in a film is different than in a reality show.”