The actor says his parents support all his endeavours, but they still worry about his future in cinema. 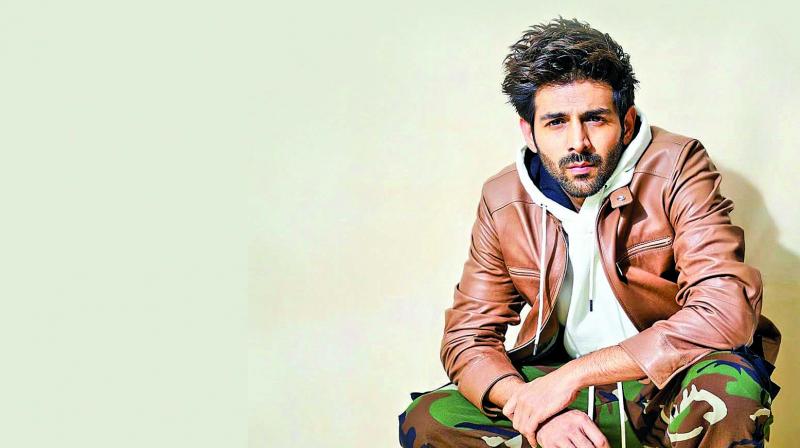 With directors vying to work with him and fans elated to see his films, the Pati Patni Aur Woh actor Kartik Aaryan is the new rage in Bollywood. But instead of letting the fame get to his head, the actor celebrates his immense success with his close family and friends.

“I go on a short holiday to celebrate success; the destinations are decided as and when. The last time, I went to Singapore. This time, I will go to the Maldives,” he smiles.

While the 29-year-old is on a career-high right now, he hasn’t forgotten the low moments of his past. “I was sad for a long time when films did not work; during the initial stages, I faced a lot of lows. I felt like I would not be offered any more films, especially because I was just one film (Pyaar Ka Punchnama) old. Even after Pyaar Ka Punchanama 2, I did not become a household name; I would stand in a queuefor auditions,” he recalls, adding that he kept faith in his work.

“I believed in my acting. I would wonder why I wasn’t getting films despite being the whole package. So while experiencing this low phase, I would think ‘Jaane do. Mujhe film nahi mil rahi hai toh yeh unka loss hai!’ (Let it be. If I am not getting films then it’s their loss.) This feeling kept me out of getting into depression,” he shares.

Coming from a middle-class family, Kartik says his do or die attitude comes from his hardworking parents. He reveals: “I had seen their struggles. I especially noticed the strength of my mother; she never gives up. We faced personal and financial problems, and my mother had to take care of my sister’s education as well as mine. I did not tell her that I wish to go to Mumbai to become an actor. Being doctors from small towns, they do not earn much. We belong to a middle-class family, but now we are finally in a happy place.”

The actor says his parents are still wary about his profession, despite being happy for his success. “My parents are happy now but are always a little scared. Their worry is that if a film doesn’t work, it can change people’s notions about me. But I have gone through that phase of failure for a long time, and now I’m experiencing this current phase for the first time. They get emotional when they think of those days, so they keep me grounded,” he concludes.