Tiger Shroff's 'Never Give up' attitude is inspiration worthy; find out why

Tiger has a fitness regime beyond what most actors and civilians would contemplate and dream of having. 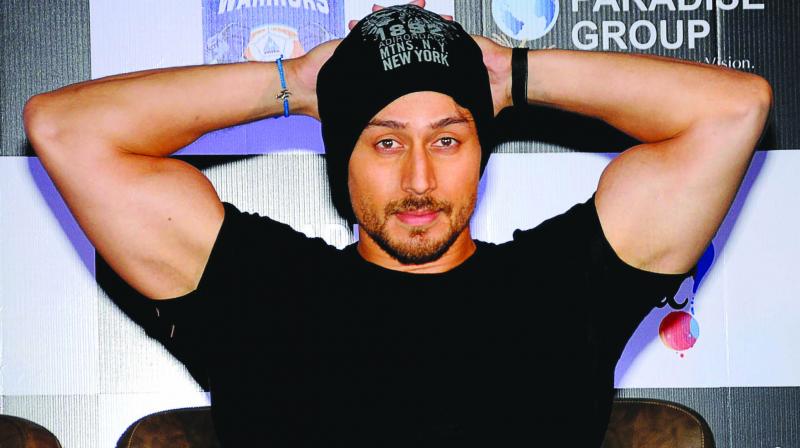 Mumbai: Striving to achieve more and "Never Give up" are the firsts that hit your mind when you talk about drawing inspiration from Tiger Shroff. The youngest action star of our generation is high on the success of WAR and in high preparations for his upcoming movie Baaghi 3.

Bestowed with such a remarkable talent in performing action and bringing characters to life, Tiger Shroff, without doubt, has gained the status as one of the most prominent actors in B-Town. The hardworking and dedicated actor doesn't have any off days. He trains every single day of the year and tries his hand in various genres of actions so that he can bring freshness and newness to his characters and entertain audiences with his individual and different take on it, every time he is on screen.

The key principle is Suavity; the refusal to break a sweat. The real impossible task for Tiger would be calling it a day. Tiger has a fitness regime beyond what most actors and civilians would contemplate and dream of having. Tiger's determination and diligence are what make him stand out in his league of contemporaries and we can draw inspiration from him. If he can do it, why can't we?

On the work front, Tiger will next be seen in Ahmed Khan directorial, Baaghi 3 opposite Shraddha Kapoor, produced by Sajid Nadiadwala under his banner Nadiadwala Grandson Entertainment which is slated to release on 6th March 2020.