Directed by 'Delhi Belly' fame Abhinay Deo and produced by T-Series, the film is scheduled to release on 6 April. 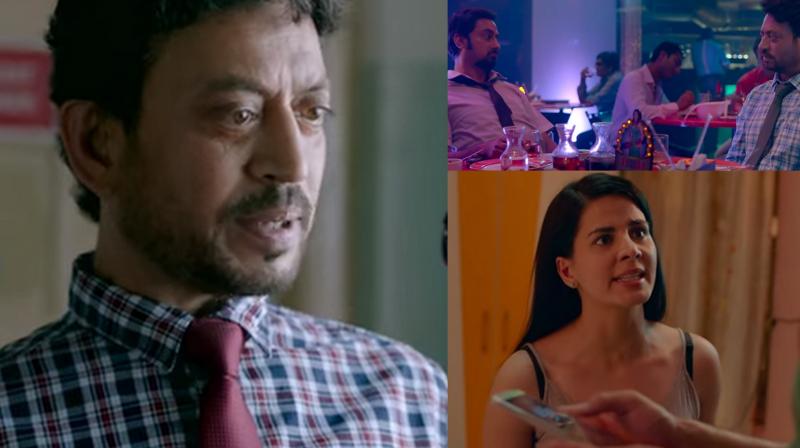 Mumbai: Bollywood actor Irrfan has joined hands with producer T-series yet again after last year's 'Hindi Medium'. Will Irrfan recreate the Hindi Medium magic with Blackmail? Well, if the trailer is anything to go by, this film looks like an exhilarating ride.

In the forthcoming mad comedy, Irrfan has once again taken up the role of a common man. In 'Blackmail' trailer, we see Irrfan aka Dev narrates the story of his wife (Kirti Kulhari) cheating on him. While the friend, who is listening to Irrfan, wonders if the husband will kill the lover or wife, Irrfan comes up with the third option of taking up a revenge on his wife’s boyfriend (Arunoday Singh).

This blackmail game turns bizarre and outrageous as more and more get involved. Now, who finally wins this game will only be known when the film will release in cinemas.

Produced by T-Series, the film is scheduled to release on 6 April 2018.