Farhan Akhtar will be waiting for Shraddha Kapoor!

Farhan Akhtar And Shraddha Kapoor are said to be teaming up for a web series. But Kapoor is yet to adjust her dates. 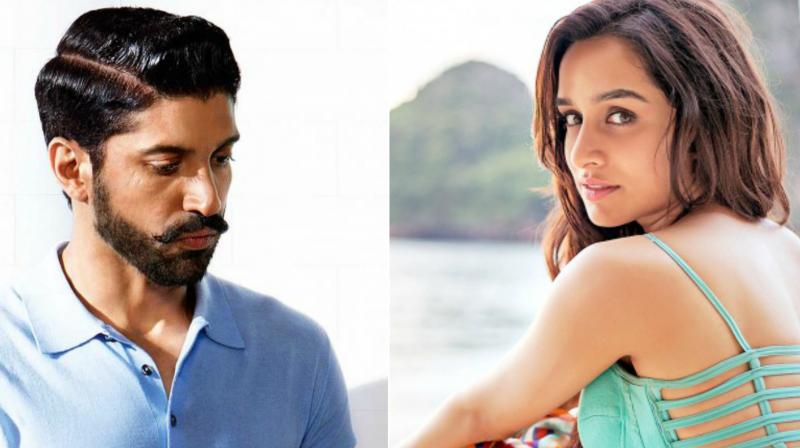 Mumbai: Farhan Akhtar and Shraddha Kapoor's close relationship has always been a topic of much discussion, after they acted together in 'Rock On 2'.
The two never spoke about their relationship and claimed to be just friends. There was speculation that the two had broken up in the middle, but now it looks like these two hot Bollywood actors will team up for one exciting project.

According to sources, the two will soon be seen together sharing screen space in a romantic thriller web series. If sources are to be believed, Farhan was very keen on starting the project but Shraddha's packed schedule got the venture delayed.

Shraddha is currently busy with Prabhas' 'Saaho', and that trilingual project is taking a while to complete. She has also recently started working on 'Batti Gul Meter Chalu' alongside Shahid Kapoor. Owing to her jam packed schedule, the 'Haider' actress is unable to accommodate dates for any new commitment. On the other hand, Farhan is very keen on working with Shraddha on this project and he is ready to wait for a while for Shraddha until she adjusts her dates.

Farhan Akhtar is currently busy scripting his much-awaited production 'Don 3'. He will once again direct Shah Rukh Khan in the third instalment of popular 'Don' franchise.