Multiple complaints have been registered against the actor and 'Welcome to New York' makers for the song. 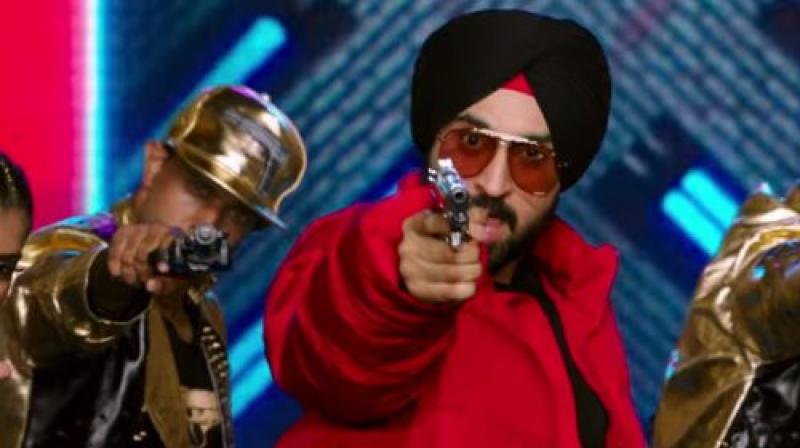 Diljit Dosanjh in a still from 'Pant Mein Gun.'

Mumbai: A 59-year-old Mumbai resident has filed a complaint before a court here against the makers of upcoming Bollywood film 'Welcome to New York', alleging that a song in it was "vulgar" and that it hurt the sentiments of a particular community.

The complainant, Harjeet Singh, has moved an application before the court, seeking an order to register a case under section 294 (obscene acts and songs), 295A (deliberate and malicious acts) of the IPC as well as relevant sections of the IT Act against the film's actor and singer (Diljit Dosanjh), lyricist (Danish Sabri) and music director (Sajid and Wajid). Singh has moved similar applications in courts of Punjab and Delhi as well.

"The video of the song, showing the lead actor (Diljit) dressed as a Sikh and mouthing obscene lyrics and dancing in an obscene manner, hurts the religious sentiments of Sikhs," he said.

Not just that, a Sikh petitioner has also registered a complaint against Diljit and the song for the inappropriate lyrics and an FIR has been filed, according to a report in Mid-day.

A source close to the development said Singh is furious because "Sikhs keep katar (daggers)" not guns.

"The petitioner has alleged that the lyrics go against the principles of Sikhism. He suggests Diljit Dosanjh should have respected the teachings of the community before singing the song. Diljit has never faced a situation like this one before," the source added.

"Our client, Pooja Films, as the film's producer, has been receiving numerous telephone calls and many police complaints and pleas in court have been filed, objecting to the lyrics of the song. All these allegations are false and baseless," Vibhav Krishna, the lawyer representing the film's producer, said.

‘Welcome to New York’ has also sparked a row for having Pakistani singer Rahat Fateh Ali Khan’s voice in one of the songs.

The film is slated to be released this Friday.