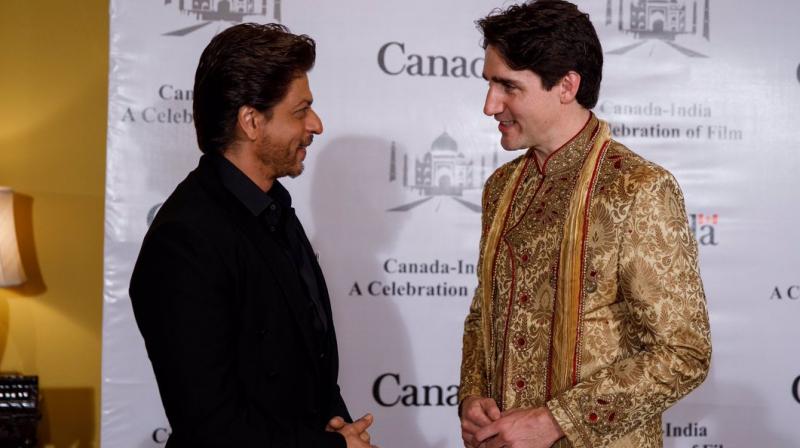 Mumbai: Very recently, Canadian Prime Minister Justin Trudeau was in India, in a kurta, meeting up with well-known personalities like Shah Rukh and Aamir Khan.

Trudeau had flown down to celebrate stronger ties and new co-production opportunities between Bollywood and the Canadian Film Industry.

Shah Rukh Khan was the one to initiate discussions on economic and cultural ties, as well as co-productions between the two countries over a 30-minute chat with Trudeau at the dinner gala on Tuesday.

“I have always been a big supporter of shooting films in Canada and I told the Prime Minister that I want to be a part of some good projects coming up in Canada, especially with respect to visual effects,” SRK asserted to Mumbai Mirror.

Shah Rukh Khan’s production house Red Chillies Entertainment deals with VFX in India and it looks like the company now plans to expand its wings to Canada as well.