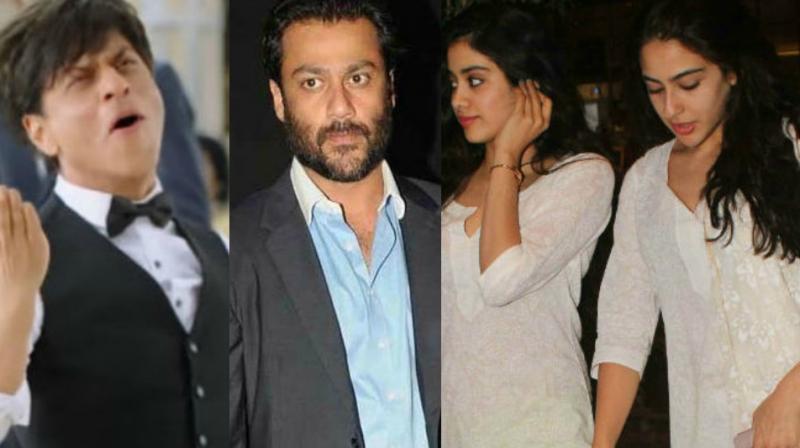 Mumbai: The row between producer Prernaa Arora and director Abhishek Kapoor over ‘Kedarnath’ seemed all set to snowball into a major one, possibly even a legal turn.

However, things now appear to be on the mend as the duo is trying their best to resolve the matter, as revealed by the former recently.

But before the row reached this stage, Abhishek Kapoor, who has reportedly always struggled to get along with his colleagues, was apparently furious at not just Prernaa but even other Bollywood stars related to films 'pitted' against his.

The director apparently ridiculed Shah Rukh Khan, Karan Johar, Janhvi and Rohit Shetty to his close ones, according to a report in DNA.

One of the first cracks in Abhishek-Prerna’s equation came over the clash between their film and Shah Rukh Khan’s ‘Zero’ on  December 21 with the producer suggesting a change in release date.

“Her suggestion hurt Gattu’s ego. So, he tweeted that Kedarnath would release with Zero, even after Prernaa had officially announced that the film would come on a different date," a source told the daily.

Abhishek was furious and even Shah Rukh was at the receiving end of his remarks. “Right before the Zero teaser was released on January 1, Gattu sent out a text saying he had watched the teaser and the song and felt SRK looked like an alien in it. He has been ridiculing the actor and his look as a dwarf ever since. He is confident that his film will be better than Zero," a source revealed.

Moreover, 2018 has also been termed as the year of the star kids and particularly the girls Sridevi’s daughter Janhvi and Saif Ali Khan and Amrita Singh’s daughter Sara have been pitted against each other. Abhishek was not too pleased with the first poster of Janhvi’s ‘Dhadak’, produced by Karan Johar and reportedly slammed it.

“He sent a few texts saying he feels it’s a rehash of a South film. He also said that the posters lacked steam. Hence, he didn’t consider Janhvi as a threat to Sara,” a source revealed.

Also with Rohit Shetty and Ranveer Singh’s out-and-out masala entertainer 'Simmba' coming a week after ‘Kedarnath’, the film’s prospects would definitely suffer. But Abhishek is sure such a situation wouldn’t arise.

“He is extremely sure that Rohit won’t be able to wrap up Simmba in time, and it won’t hit theatres on the decided date,” another source stated.

We wonder if Abhishek has gone too far in ruffling feathers of the some of the most prominent names in the industry.