Taapsee Pannu’s hockey training from Soorma lands her another film

After wrapping up her Telugu film, Taapsee was in the news for her role as a hockey player in ‘Soorma’. 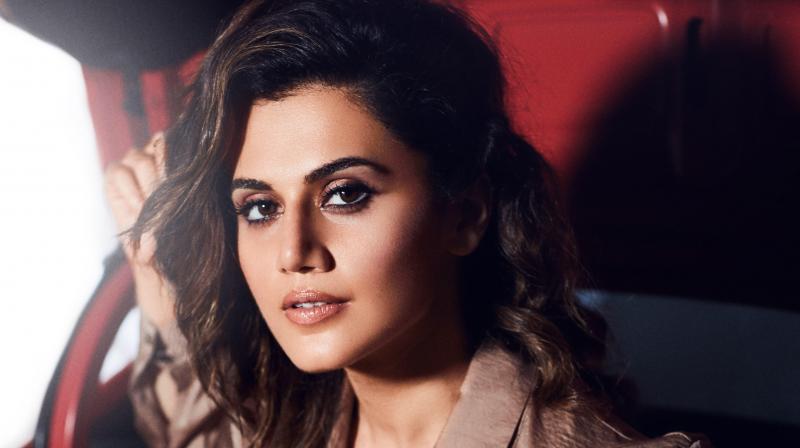 Taapsee Pannu in a photoshoot.

Mumbai: After having recently wrapped up her Telugu film, Taapsee Pannu was in the news for her role as a hockey player in ‘Soorma’. The film in which she’s paired opposite Diljit Dosanjh will see Taapsee playing an athlete.

The actress personally too enjoys and follows several forms of sports and has a deeper personal connect to hockey owing to her father having actually played the sport when she was younger. For ‘Soorma’ Taapsee spent a considerable amount of time prepping to get her training right to essay the role on screen.

Now the actress has just begun the first schedule of her next, ‘Manmarziyan’ with Vicky Kaushal and Abhishek Bachchan. Interestingly the actress will again be seen playing the sport of hockey in the same film. Her training from ‘Soorma’ will definitely be a plus point for her and who knows, she might just end up mentoring the other actors, in case they are also athletes in the film.

Speaking about it, Taapsee said, “It’s very rare and uncanny that a sport I learned for a specific film carried forward in my immediate next. I learned hockey for ‘Soorma’ but ended up using the skills in ‘Manmarziyan’ as well. Unlike ‘Soorma’, I don’t play a professional hockey player in ‘Manmarziyan’. I play a sports shop owner who sells sports goods and has learned hockey from her parents. The good part is that we saved the preparation time because of that.”