The team of 'Baaghi 2' launched the trailer of the film on Wednesday and made several interesting revelations. 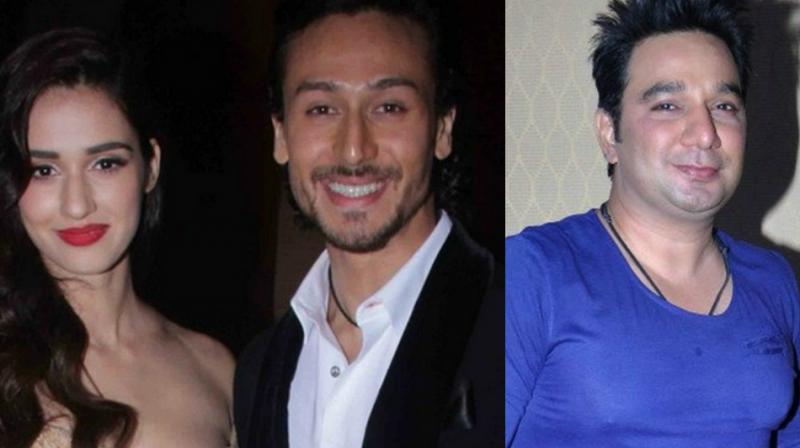 Ahmed Khan is directing a film after close to a decade with the Tiger Shroff-Disha Patani starrer 'Baaghi 2.'

Mumbai: Tiger Shroff is not worried about getting stereotyped as an action star as he believes it is good to have an identity so early in his career.

The five-film old actor has largely been associated with action movies right from his debut 'Heropanti' to his last 'Munna Michael'.

"I am so blessed to have been given an identity so early in my career. When people think of Tiger Shroff, they think of something, that's a huge achievement for me," he said at the trailer launch of his latest film 'Baaghi 2.'

"Having said that, it was a dream to be an action hero, and I am living that," he added.

The Ahmed Khan-directed film features Disha Patani opposite him.

When asked about the equation between the two actors, who are rumoured to be dating, the director said,"Both are really mature. They would come in separate cars. If Tiger would be on set, Disha wouldn't be there and vice versa. On set, they were Ronnie and Neha (characters). And this comes from within you." Ahmed said Tiger is a superhero without the cape.

"Tiger, for one, I know is so hardworking. Very few actors are like him. If you ask him to do an action scene, he is ready do to. If you ask him for a bare body shot, he wouldn't ask you, 'Give me five days, one week.' He would be ready for it in 10 minutes. He is a guy, who is a superhero without cape," he added.

Disha said Tiger inspired her to shoot her own action sequences.

"Because of him, I have started doing action, whatever little I have done. I have seen him train. I was on set once or twice when Tiger was doing his action scenes, because I believe when you are doing such a scene, you are in a different frame of mind. You should let the actor breathe. I don't want to get hurt," she added.