The characters of the popular animated film had a gala time visiting the sets of Rohit Shetty's comedy film. 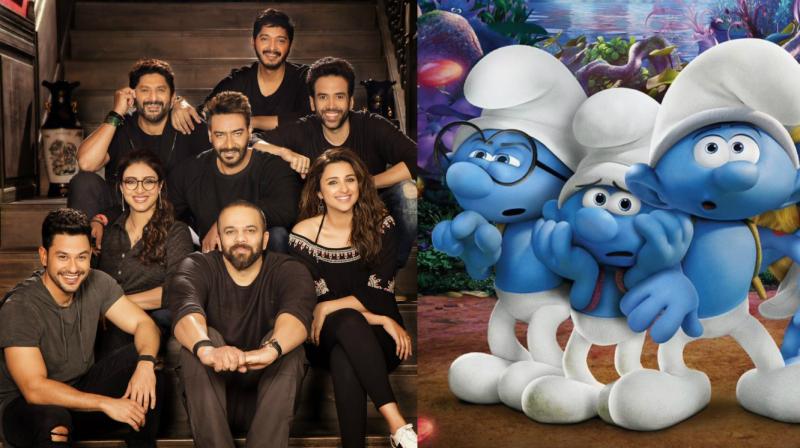 The team of 'Golmaal Again' had a happy interaction with the Smurfs.

Mumbai: The fourth installment of the 'Golmaal' franchise, 'Golmaal Again', is undoubtedly one of the most anticipated films of the year.

The team has just commenced the shoot of the film and already there have been prominent visitors on the sets. Ranveer Singh recently had caught up with the team and now popular animated characters The Smurfs have also landed on the sets.

The characters also termed the Golmaal gang as the Happiest in Bollywood.

We see the Smurfs having a ball and happily posing for pictures along with the team, Parineeti Chopra, Ajay Devgn, Arshad Warsi, Kunal Kemmu, Shreyas Talpade and Tusshar Kapoor. 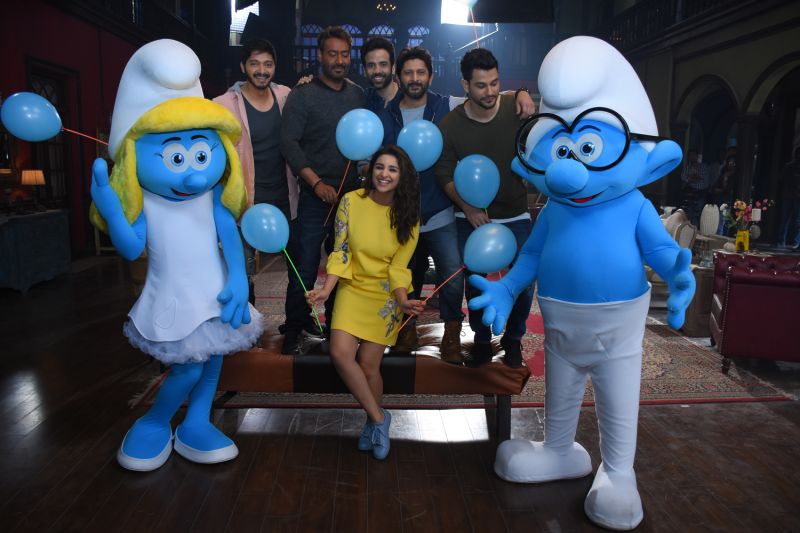 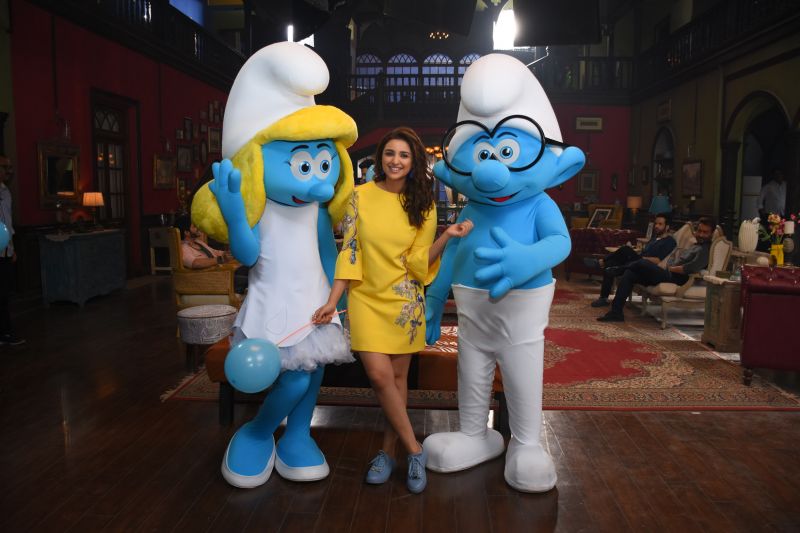 The upcoming film of the franchise, 'Smurfs: The Lost Village' is set to release on April 7 this year.