After going on floors just last month, the social drama is left with few scenes to complete before August release. 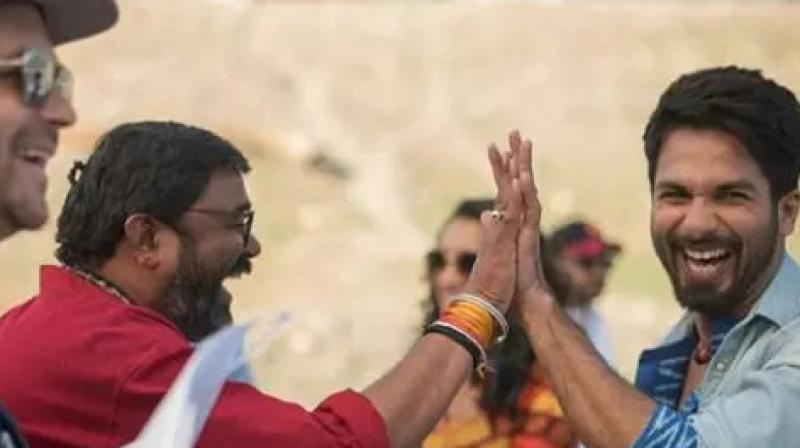 Shahid Kapoor on the sets of 'Batti Gul Meter Chalu.'

Mumbai: The team of ‘Batti Gul Meter Chalu’ has been shooting at a breakneck speed for the social drama, and as a result, the second schedule has been wrapped in Dehradun on Wednesday.

The film had gone on floors only last month in Uttarakhand and is very close to completion, with only few pending scenes left to shoot.

Confirming the news, Prernaa Arora of KriArj Entertainment said, "Batti Gul Meter Chalu is shaping up wonderfully, and we can't wait to present the film to audiences. The last schedule will be shot in Mumbai in the month of April."

Shahid, who was accompanied by his wife Mira and daughter Misha, apparently fell ill on the last day of the shoot and rushed back to Mumbai, according to a report in Mid-day.

The film throws light on the issue of electricity shortage in the rural areas of the country.

The film hits the theatres on August 31.