It turns out, her PRO was also handling the film Padmaavat and was upset about the open letter. 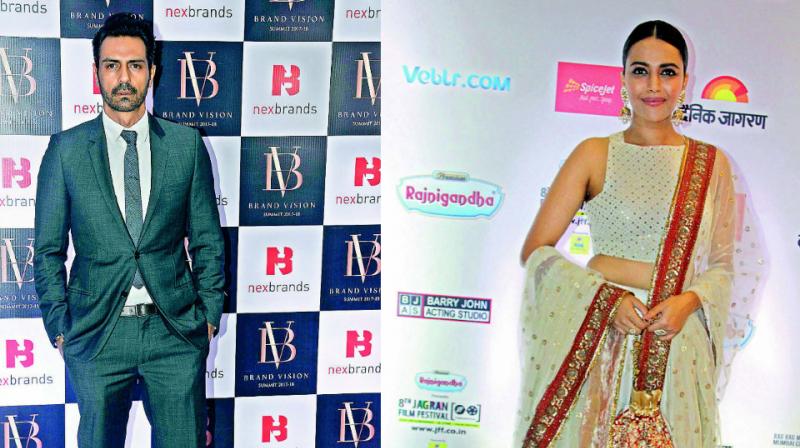 Swara Bhaskar may have given some stellar performances, but her open letter about Padmaavat is what people still obsess over. The actress had little idea she was in for an awkward conversation when she attended a recent award function. And this unpleasant conversation was with none other than actor Arjun Rampal.

Rumour has it that Arjun gave Swara an hour-long lecture on how she could have avoided writing the letter and how it would affect her career in future.

But the cherry on the cake is that this whole saga was orchestrated by none other than Swara’s PRO. Our source, an onlooker standing close to her, said, “In fact, the PRO kept telling Swara again and again that Arjun wished to converse with her. Out of courtesy, Swara fulfilled his wish. But she was disappointed with Arjun’s advice. She was firm in her stand and said to him ‘I felt whatever I have written in the open letter and I am fine with it. I do not regret it.’”

It turns out, her PRO was also handling the film Padmaavat and was upset about the open letter.

According to our source, “It is at this point that Swara’s PRO wanted to discontinue working with her. Swara was fine with the decision and started preparing to take care of her work.”

As for Arjun, we bet he’s now feeling rather silly for getting involved in this whole affair!