Entertainment   Bollywood  22 May 2017  'My boy has grown up': Sunny Deol gets emotional as he kicks off Karan's debut film
Entertainment, Bollywood

'My boy has grown up': Sunny Deol gets emotional as he kicks off Karan's debut film

He shared the first picture of his son Karan on Twitter and there is a charming resemblance between them. 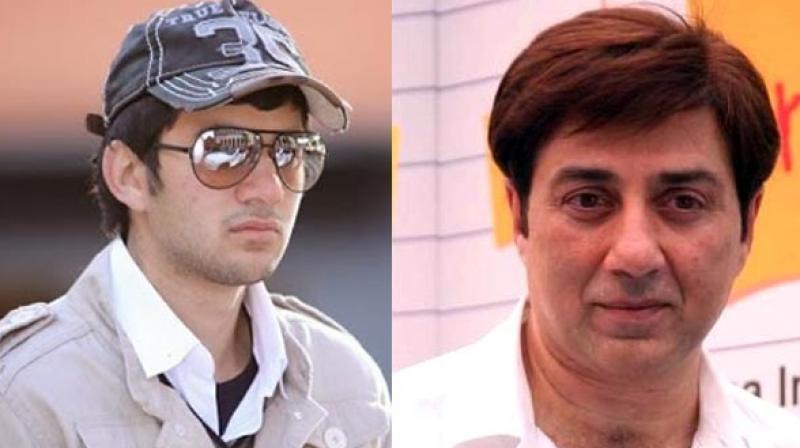 Sunny Deol's son Karan Deol is just one of the numerous star kids lined up to join Bollywood soon.

Mumbai: After directing 'Dillagi' in the late '90s, Sunny Deol had taken up the directorial mantle again with the film 'Ghayal Once Again' last year.

But he is now all set to don the director’s hat quickly again, this time to launch his son Karan, with the film ‘Pal Pal Dil Ke Paas.’

The actor-director might be among the most reclusive Bollywood stars, but perhaps realising the power of social media for films, has also joined the bandwagon of Twitter recently and has been sharing several pictures from Manali, where he was stationed for the film.

He was seen bonding with the local children and having an enjoyable time with them with his brother, actor Bobby Deol, also joining him in Manali. However, his son Karan was nowhere in the picture then.

Karan is finally all set to give his first shot as an actor on Monday, and the proud father took to Twitter to share his first picture.

The actor seemed emotional too, as he mentioned how his boy has grown up and he couldn’t get enough of it.

While you can't exactly call Karan a spitting image of Sunny, there is definitely a resemblance, with the smile and charm similar to Sunny's from his younger days.

Karan is reportedly romancing an 18-yeald-old girl Saher Bamba in the film.