The finale of IPL just got interesting with Ranbir, Salman, Katrina, Jacqueline's performance at closing ceremony! 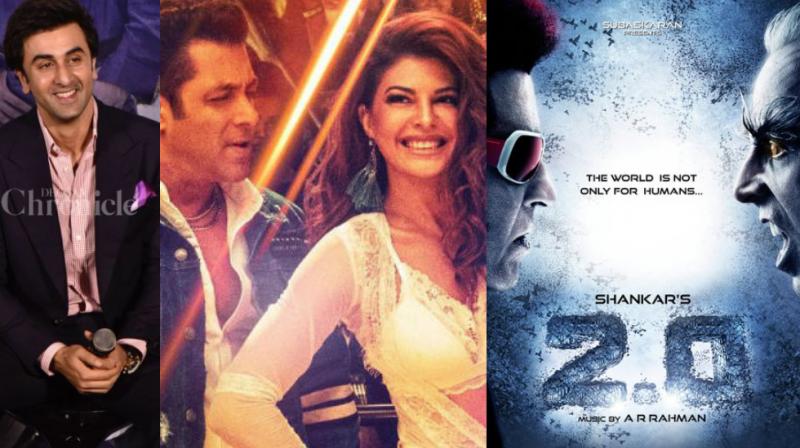 The finale of Indian Premier League (IPL) just got interesting as now we hear names like Ranbir Kapoor, Salman Khan, Katrina Kaif, Jacqueline Fernandez will perform at the closing ceremony!

Ranbir Kapoor has reportedly replaced Ranveer Singh, like he did at the opening ceremony and will be performing at the event, charging Rs. 1 crore for that single performance!

“He (Ranbir Kapoor) will be like the curator of the show who will shoot anchoring links. There will be various segments wherein Bollywood stars will appear to promote their films. Salman Khan, Jacqueline Fernandez and Anil Kapoor will promote ‘Race 3’, while Kareena Kapoor Khan and Sonam K Ahuja will promote ‘Veere Di Wedding’. They have already shot their part for the show. On Saturday, Ranbir will introduce the various segments. The show will be deferred live,” a source told DNA.

Jacqueline Fernandez, who will be performing with Salman Khan on ‘Race 3’ song ‘Heeriye’, was supposedly unwell during the shoot. “Jacqueline took medicine, rested for two hours and came on floor to deliver the final shot. She was suffering from heat stroke, but she didn’t let anyone know about it till the end of the shoot. She shot without any fuss or drama,” a source told DNA.

Not only Jacqueline, Salman’s favourite actress Katrina Kaif will also be performing at the IPL ceremony along with Kartik Aaryan.

A source told Mid-Day, "They will have separate acts. Kartik will perform on ‘Bom Diggy Diggy’ and ‘Dil Chori’ from ‘Sonu Ke Titu Ki Sweety’. Katrina will dance to her hits from ‘Tiger Zinda Hai’ (2017). Though the songs are still being finalised, ‘Swag Se Swagat’ is sure to be on Katrina’s playlist."

"The practise sessions are over and above their shoot schedules and brand commitments. Each act will be 10 minutes long," added the source.

While that was about performances, Rajinikanth and Akshay Kumar starrer ‘2.0’ teaser is also all set to reportedly be unveiled at the closing ceremony.

A report on AP News Corner suggests that sources from Tamil Nadu revealed the teaser will be unveiled on 27th May at 7 pm.