SRK fulfils his promise of meeting Sejals of Ahmedabad, makes Imtiaz the photographer

After Ahmedabad emerged as the city with maximum number of Sejals, SRK and Imtiaz set off to the city to meet them. 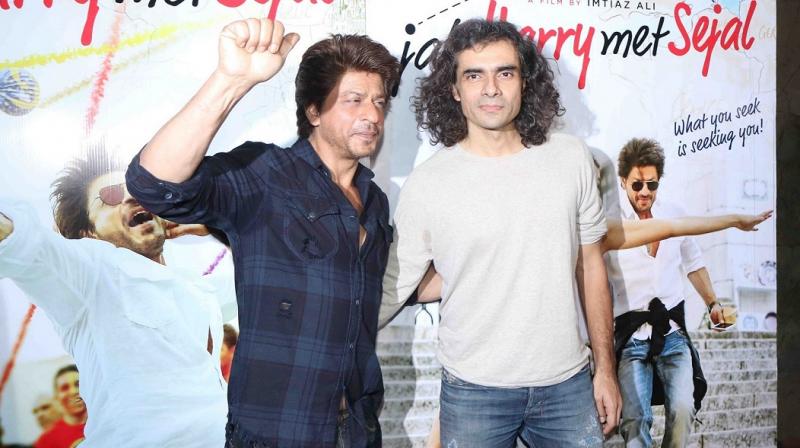 New Delhi: When it comes to adopting unique ideas to promote a movie, SRK is someone who always leads the pack and he has done it again with the promotion of his upcoming movie 'Jab Harry Met Sejal'.

Shah Rukh Khan and director Imtiaz Ali were recently in Ahmedabad to launch the first song from the movie.

The actor seemed to have a gala time as he met the Sejals there.

Later, he posted a snap on his Twitter handle and captioned it as, "Meri Sejals, Meri Radhas... made Imtiaz Ali take this picture so he stays out of it... love you all."

In the picture, King Khan is seen striking his iconic pose, while all the girls can be seen cheering for him.

This is not the first time when the 51-year-old has made a Gujarati connect with his fans. In his previous release this year, 'Raees,' Shah Rukh had played a goon whose business was based in Gujarat.