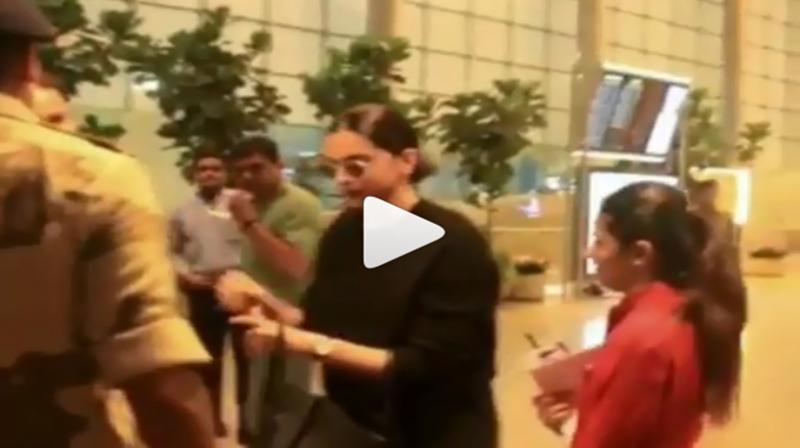 Apparently, Deepika was snapped with her dad Prakash Padukone at Mumbai airport. The father-daughter duo was heading to their hometown Bengaluru.

Thy shall always obey rules 👍 #deepikapadukone

In the video, honest toward work, the security guard can be seen asking Deepika for her ID proof. Surprised by the guard's question, the Padmaavat actor asked, "Chahiye?!" Later, she went ahead and showed security man her ID. After checking, the guard allowed Deepika to enter the airport.

We must say, Deepika didn't show her VIP tantrums and like an ideal citizen, she followed the basic security rule.

Meanwhile, on the work front, Deepika will be seen in Laxmi Agarwal's biopic, Chhapaak opposite Vikrant Massey. Directed by Meghna Gulzar, the film is slated to release on January 10, 2020. Apart from Chhapaak, Deepika is also a part of Ranveer Singh's '83 which is being helmed by Kabir Khan.