The superstar was snapped on the sets of the film in Morocco, as he geared up for some intense action sequences. 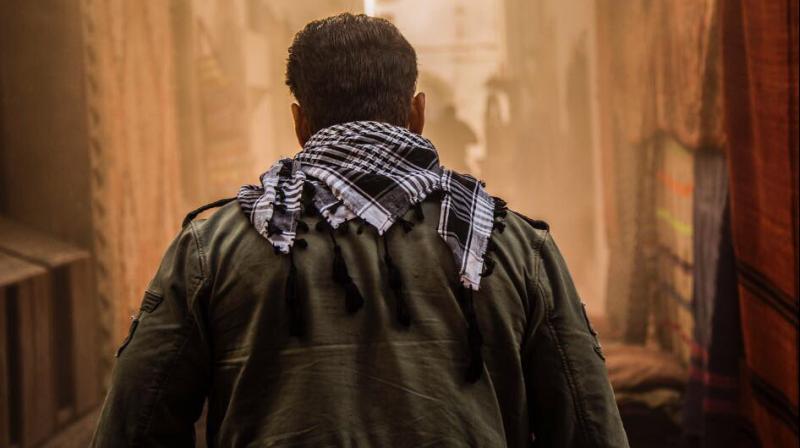 Mumbai: It seems post the debacle of 'Tubelight', Salman Khan is leaving no stone unturned for his next film 'Tiger Zinda Hai.'

Salman had rushed all the way from New York to Morocco ‘with no sleep’ for the shoot of the film and the superstar is definitely giving it his all for the film.

After his training in horse-riding, Salman has put it to good use during the actual shoot, as he got snapped on the sets.

His famous scarf from the first instalment naturally makes a comeback, and his cool jacket and his tense look will definitely send his die-hard fans into frenzy.

Hollywood stunt director Tom Struthers was also seen goofing around as Salman geared up for the scene.

Behind the scenes a very serious #tom Struthers working really hard as #Sk chills on the horse behind 😉 pic.twitter.com/GCOJCSGI0x

The director Ali Abbas Zafar also shared a brilliant picture from the shoot from back view, which adds to the style and mystery associated with the film.

When you see a picture from @TigerZindaHai and say " please Palto Na" :) pic.twitter.com/NjgHMBL9lq