Janhvi Kapoor holds her own

The debutante is being hailed as a star even as some people unfairly compare her with her mother, the legendary Sridevi. 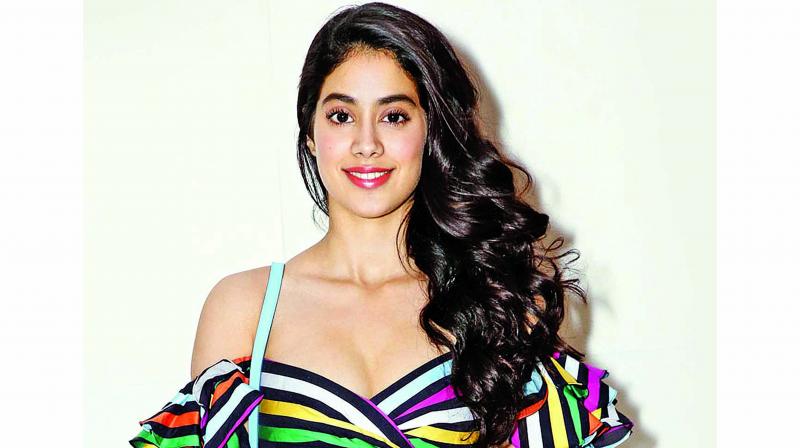 The verdict is out – Sridevi’s daughter Janhvi Kapoor is star material. Her performance in her debut film, Dhadak, is a testimony to the effect.

Until now, Janhvi’s father Boney Kapoor was worried that she’d be unfairly compared with her legendary mother. “We knew that Janhvi would be compared with her mother. Sri knew it too, and it worried her. She prepared Janhvi for these inevitable comparisons.”

But the fact of the matter is Janhvi holds her own so well, that those who’ve seen her onscreen have no reason to compare her with anyone else.

Shabana Azmi, a close friend of the Kapoors, says, “Though there are some similarities, Janhvi is a different kind of actor than her mother, and that will hold her in good stead. What a polished debut! A star is born! I loved Ishaan too – charming, earnest, and endearing. I wish them both the very best from the bottom of my heart.”

Filmmaker R. Balki, a close friend of Sridevi and Boney Kapoor, raves, “Janhvi is fabulous! Sri would’ve been more than proud of her. More importantly, everyone will love her performance. She is not a copy of her mother in any way.”

Trade analyst Amod Mehra says, “I am sure everyone knows that such comparisons are unfair to a newcomer. You can’t compare a super-legend like Sridevi with her daughter, who is just starting out.”

Filmmaker Gauri Shinde, who had the opportunity to work with Sridevi in English Vinglish, gets emotional as she talks about the debutante. “Janhvi is so original. She has her own charm, her own adaa (grace),” she says.

Entertainment journalist Bharti S. Pradhan says, “Janhvi makes such a sure-footed and spirited debut in Dhadak that you welcome her as a chip off the old block. Hers is a confident performance, so there's really no question of Janhvi suffering because of comparisons to her mother. I think the audience is going to see her as a refreshing newcomer and not judge her by Sridevi's standards.”

Adds trade analyst Atul Mohan, “Comparisons burden the kid, but Janhvi will have to face them. She knows she is the daughter of the legendary Sridevi, and she must be prepared for the comparisons. But she has the guidance of her family, the vast experience of Boney, Anil, Sonam and Arjun, and Karan Johar as a mentor to count on. She should be able to make her own identity.”

Film critic Raja Sen light-heartedly says, “The problem is not comparisons with her mother. The problem is that nobody is sure how to spell Janhvi’s name!”

“Though there are some similarities, Janhvi is a different kind of actor than her mother” —Shabana Azmi