Hard work is getting me work: Nora Fatehi

In the song, Nora can be seen flaunting her dancer body, and making the terrifyingly complex moves look as easy as lying down. 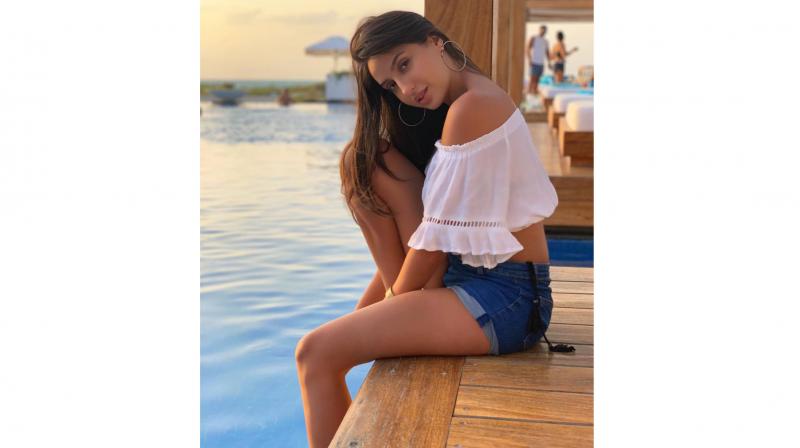 Nora Fatehi has become the talk of the town lately. The Canadian actress and dancer started her Bollywood journey with Roar: Tigers of Sundarbans, and also did some memorable dance performances in Temper, Baahubali, Kick 2, and Satyameva Jayate. Her latest performance, a gripping remake of the song O Saki Saki in John Abraham’s Batla House, has now taken over the Internet.

In the song, Nora can be seen flaunting her dancer body, and making the terrifyingly complex moves look as easy as lying down. Speaking about her performance, she says, “I will be pleasantly surprising you guys in Batla House. I have gone a step ahead from just doing dance numbers. I will be seen performing a good role in this film. The O Saki Saki performance is a part of my role,” she reveals.

She adds that her fans and audiences will watch her acting and dancing as a character for the first time in this film. “I hope to get more performing roles,” she muses.

The actress might be a lucky mascot for filmmakers, as every film she has danced in ends up doing well. When quized, Nora says she is honoured, and is hungry for work. “Whenever I am shooting, I not only like to give my 100 per cent, but I believe in giving my 1000 per cent. I always feel that audiences need to appreciate our performance,” she opines.

Nora, who has developed a reputation for being a great dancer, says that dance is her life. “It’s a form of expression to me. Like the film ABCD had a headline ‘we dance to express, not to impress.’ So when I am dancing, I want to hear, enjoy and feel the music,” she says.

However, it may be surprising to note that she is not a professionally trained dancer. “I have not learned any particular form of dancing, nor do I pursue any particular form of dancing. I have learned dancing by watching videos etc. Before Jhalak I tried many dancing styles which I merely learned by watching different performances. Nobody believes that I am not a trained dancer, even though I always try to put this into their heads. Dancing is difficult; I need to practice and work hard with dedication. For me, to get into the skin of different dance forms, I have to rehearse rigorously on a daily basis. I always wish to bring something new and fresh in my dancing style so that audiences may love watching it,” the 27-year-old says.

Speaking about her career path, she says: “I have done item numbers in both Malayalam and Hindi films. But I am not just getting work because of the ‘oomph factor’ that I may possess. It is my hard work and sincere effort that is fetching me work, both in the South and Bollywood,” she concludes.