The second season of the series is all set to release on Netflix on August 15, 2019. 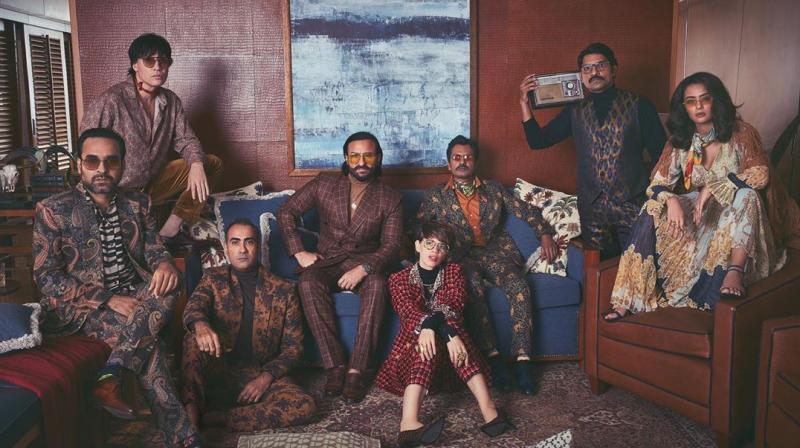 Mumbai: As fans eagerly await the second season of 'Sacred Games', Netflix on Monday presented the entire cast for the first time in an all-new retro, edgy, and stylish avatar.

Meet the cast of Sacred Games 2 reimagined as gangsters from the ’70s. They might play gritty characters on screen, but this ultra glam shoot tells us a whole different story. Here’s a sneak peek into the exciting new season, and what each character has to offer. #SacredGames2

Co-styled by celebrity stylists Tanya Ghavri and Mohit Rai, the shoot was all about mix-and-match--the essence of the '70s. Veering away from the characters' looks, but still staying true to the show's backdrop, the stylists opted for a combination of suits, sneakers, sweaters, and jeans in floral geometric patterns.

Based on Vikram Chandra's 2006 novel by the same name, 'Sacred Games' made the nation sit up and take notice of its gripping plot and powerful performances. The second season of the series is all set to release on Netflix on August 15, 2019.