Film director R. Balki , in an interview stated that there are no better actors in Bollywood than Alia Bhatt and Ranbir Kapoor 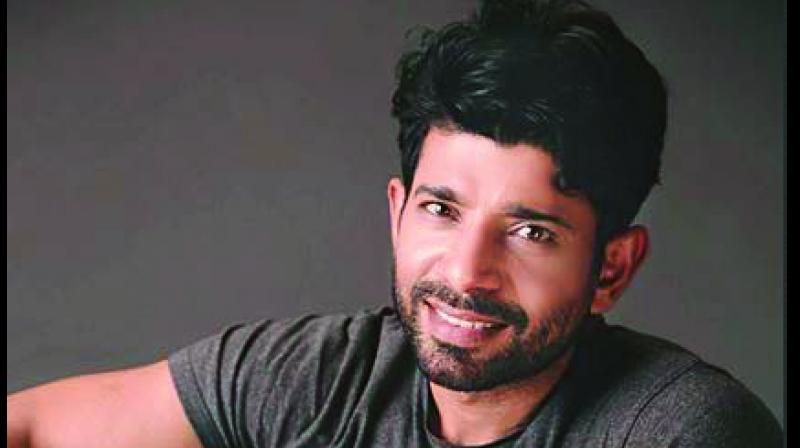 To some extent, one might consider Balki’s argument, calling nepotism a foolish debate because as he pointed out, despite the easy launch pad star kids may have, they have to still prove their worth to sustain in the industry.

It’s unfair on these few people who’re probably some of the finest actors,” the PadMan director was quoted as saying.

Balki’s statement didn’t go down well within the fraternity. The first one to hit back was Manvi Gagroo, who asked the director on Twitter, “How to apply sir, (sic).” Manvi, rose to fame with her OTT shows Pitchers, Tripling and Four More Shots Please, also acted in Shubh Mangal Zyada Saavdhan, which starred actors Ayushmann Khurrana and Jitendra Kumar in lead roles.

A world of better actors

To some extent, one might consider Balki’s argument, calling nepotism a foolish debate because as he pointed out, despite the easy launch pad star kids may have, they have to still prove their worth to sustain in the industry.

However, challenging one to show him “better actors than Ranbir and Alia” certainly proves that the director has been rather near-sighted, missing all the actors in the industry who, despite being outsiders, have paddled their way to success, not only in Bollywood but also beyond.

Apart from these mainstream actors, a pantheon of stars such as Pankaj Tripathi, Rasika Duggal, Shweta Tripathi, Jitendra Kumar, Amit Sadh, Sumeet Vyas, Maanvi Gagroo, Sayani Gupta and Barun Sobti, who came from obscure backgrounds, have gone on to find the ground beneath their feet and build their own castles in the field, thanks to their works on the OTT platforms.

They have shown immense talent, looking effervescent on the on OTT platform screens, as does any other star belonging to the mainstream cinema.

Building their own castle on OTT

Not many might have recognised actor Jaideep Ahlawat even a couple of months ago.

Even after doing meaningful cinema for over a decade in top films such as Raazi, Gangs of Wasseypur, Commando and Baaghi 3, Jaideep finally found stardom as the protagonist of crime thriller Paatal Lok streaming on an OTT.

Actress Sayani Gupta who plays a journalist in the series Four More Shots Please is another example of an actress deservedly soaring high with her role in the series.

For the uninitiated, before her OTT debut, Sayani had done movies such as Article 15, Margarita with a Straw, and Jolly LLB 2. Fame, however, seems to have followed her only after

Another case is of Tripti Dimri, who can’t seem to have enough of the recognition she is getting from her recent show Bulbbul, which is streaming on Netflix. Previously, the multi-talented actress had done films such as Laila Majnu and Poster Boys before but it was not until Bulbbul that fame beckoned her.

Actress Anushka Sharma, who produced of Paatal Lok and Bulbbul, believes that the lines are getting blurred between theatrical and digital platforms.

“I think you will see a lot of actors getting into streaming platforms given the ability to explore characters more deeply and freely there,” adds Anushka.

Another fine example of an actor who lacked not only recognition but also perhaps the right opportunities in mainstream cinema is Radhika Apte. Radhika, who has done 40 full-length films despite having no relations in the cinema line, attributes her fame and recognition to the series she did on Netflix, such as Sacred Games and Lust Stories.

In fact, some might even argue that it was Radhika’s presence in Sacred Games — which was also Bollywood actor Saif Ali Khan’s OTT debut — that made the Netflix series trend in India back in 2018.

Radhika believes that it is a great time for actors, a development she attributes to OTT platforms.

“The platform offers actors with multiple opportunities to do different things,” she says. “It’s a platform for actors to explore and the OTT platforms are even helping the rise of many wonderful actors.”

In Bollywood, stars, sometimes mediocre, headline the projects, and talented actors are mostly used as garnishing to make the mediocre look better but never to outshine them.

Now, just as some actors claim, the digital medium has the power to fight the conventional belief.

Namit Das, another actor who is now making headlines as “Jawahar” in the Sushmita Sen-starrer series Aarya, believes that unlike cinema, which mostly focuses on stars, streaming platforms are more based on performance and talent.

“It is very exciting that you need to exhibit your talent to be a part of a project,” shares Namit, who features in Mira Nayar’s A Suitable Boy on Netflix and Mafia on Zee5. “The platform also brings you much closer to the audiences. Added to it, you have great directors ready to give you opportunity to perform. So, yes, I believe this is the best time to be an actor.”

Before venturing into OTT, the actor worked in big movies such as Wake Up Sid, Sui Dhaaga, Ankhon Dekhi and Pataakha with A-list stars, but he could only get his due with Aarya.

Actor Amit Sadh, who started with TV and then a few films such as Kai Po Che!, Sultan and Super 30 didn’t get him much recognition or big roles. But his web show Breath into the Shadows on Amazon Prime sees his prolific performance surpassing Abhishek Bachchan in the show.

The actor is clearly crushing the idea that Bollywood was built on nepotism.

“The mediums may be different but the work is the same and technique too is more or less the same,” says Amit. “Yes, the way of storytelling is different but, as an actor it is the same for me. I am fortunate that through the medium of OTT, I could reach more people in India and abroad. It has brought me a lot of fans as well as exposure.”

— With inputs from Sanskriti Media
end-of