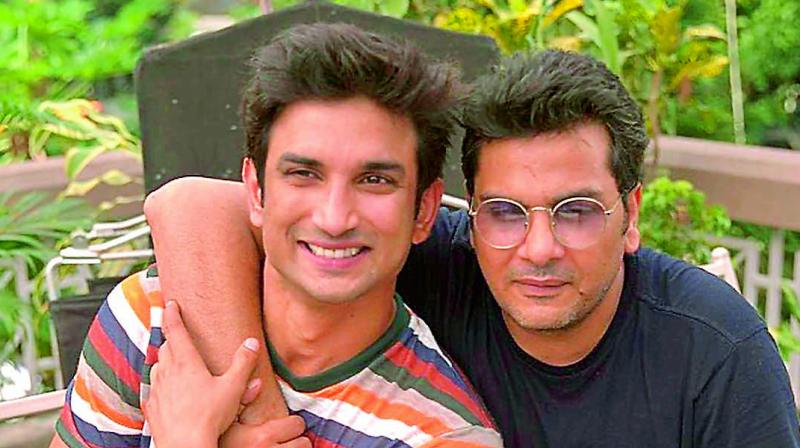 It is eagerly awaited, not only because it is Sushant’s last film, but because the dialogues in the trailer and the song have been well received

Mukesh Chhabra’s debut directorial film Dil Bechara, with Sushant Singh Rajput, is all set for a digital release. Fox Star Studios has decided to release the film for free as a tribute to the late actor.

It is eagerly awaited, not only because it is Sushant’s last film, but because the dialogues in the trailer and the song have been well received.

Referring to the positivity around the film, Mukesh says “I don’t know whether to feel happy or sad about it because everything has changed. But, I am certainly feeling overwhelmed by the immense love being extended by everyone. I hope, with this film, I can make everyone proud and make Sushant proud too.”

The director said Sushant would have been his first choice for Dil Bechara, or for any other film. “He had promised me that he would do my film whenever I made one, and he kept his word. When I approached him, he immediately agreed to do my film,” recalled Mukesh.

According to the director, Sushant was involved in developing the emotional scenes in the movie. And later, they would all eat together, play games and dance, to unwind. “I have so many memories of Sushant. They are so fresh in my heart … how he played cricket and danced like Shah Rukh Khan,” he says.

He particularly remembers the huge, heavy bag which Sushant carried, filled with all kinds of instruments, including a pair of binoculars, with which he would study the night sky with child-like happiness.

The director said he was content with the decision to release Dil Bechara on an OTT channel.

“Our main goal is that the film should reach the audience. Right now, going out is unsafe, so watching the film on the OTT platform is the best thing, and people can watch the film for free. It’s a big decision taken by Fox Star studios Productions,” he says. “You just have to download the app and you can watch the film sitting at home.”

Talking of Sanjana Sanghi, he said he first saw her in Rockstar. She was 19 years old then. “Her face is so magical. I wanted to cast her, so we just did one screen test. Sanjana fit the role and so we cast her.”